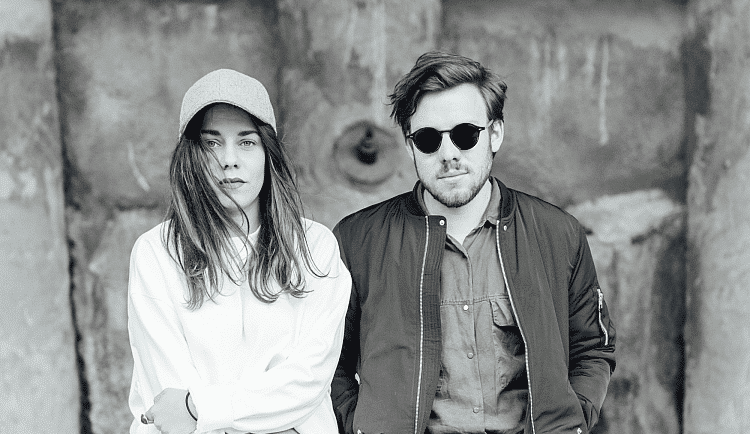 Mysterious, electronic, and melodic. The musical twins MYNTH have stayed true to their style on their second album “Parallels” (Seayou Records). And it is not only recognisable, but also very catchy.

“Smog” is the first song on Parallels. There is a lot to say about this opening track. For example, that it is very catchy or that it makes you want to dance. But what you can’t say is that the song is an ordinary electro track. No sir, “Smog” is tricky, playful, and wry. The beat starts hesitantly and sounds almost as if it was played backwards. The chorus is almost romantic à la Lana Del Rey. It’s as if the two of them had taken a Lana-Del-Rey-Refrain, stole its pathos, and then pimped it up with a strange electro-filter. “Smog” is a pop love song and Mynth-centerpiece in one. This is an extraordinary combination. One which only benefits from the exceptional voice of Giovanna Fartacek.

Her vocals are reminiscent of classic trip hop singers such as Siân Evans from Kosheen, Roisin Murphy from Moloko, and Skye Edwards from Morcheeba. There is something hard and angular in her voice. But at the same time it can also be tender and gentle. That’s the case on “Honey”. The song starts with slow piano notes, but repeatedly develops ecstatic highs which are then broken by the piano.

You can dance to “Honey” if you can deal with the small breaks. But there are some songs that keep a continuous dance beat. The single “Mirrors” is just such a song. It has strength, charisma, and is imminently listenable. And there’s this little sound at the beginning of the refrain that sounds like an electronic whale song which is the icing on the cake. A trip hop fan is immediately reminded of “Underwater Love” by Smoke City, who were not the only ones to work with such unusual sound effects.

OLD INFLUENCES IN A MODERN COMBINATION!

But Mynth don’t make 1990s trip-hop. They have created a modern, updated variation of the genre. They also throw a little Italo-Disco melancholy into the mix, which is vaguely reminiscent of the Chromatics. Ok, Italo-Disco isn’t the most modern music genre, but the duo manages to give both influences a modern twist.

Giovanna and her brother Mario Fartacek have remained true to their style, but have taken a powerful step forward. Their debut album “Plaat II” lived from fragile, sometimes unapproachable moments. There they were more like the Chromatics. On “Parallels”, they are more Kosheen. The album is a powerhouse per se. Especially if music is understood as a kind of service medium. This means”Parallels” would make an excellent fitness album and that the songs will surely do you good if you have succumb to a certain world-weariness.