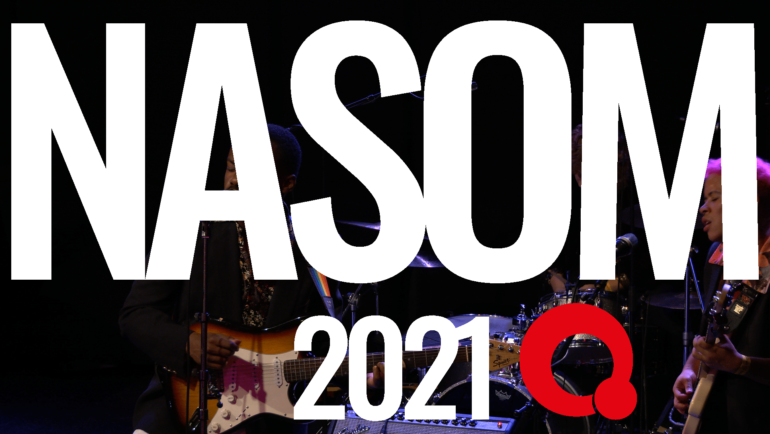 On September 28th, 2021, a selection of the NASOM 2020/21 grantees played a concert at Vienna’s signature jazz club, Porgy & Bess. The night of stellar music was carried out by Trio Klavis, Tribidabo, Moritz Weiß Klezmer Trio, Pneuma and At Pavillon.

The New Austrian Sound of Music – in short NASOM – is a long-term sponsorship program by the Austrian Federal Ministry for European and International Affairs (BMEIA), promoting young emerging Austrian and Austria-based bands and musicians performing abroad. The aim of NASOM is to offer biennial support for international performances of promising young talents with the help of a global network of embassies, cultural forums, and consulates. A further objective of NASOM is to draw more attention to the fact that Austrian music creation – beyond the traditional – is as vibrant, modern, and culturally diverse as ever. Every two years, the young artists accepted for this program are selected in cooperation with the organization mica – music austria and local music universities. Participants of this sponsorship program are chosen from the genres classical, jazz, world, contemporary and pop music.

A quick glance at the lineup of Trio Klavis might lead to the conclusion that the sound of this ensemble is not necessarily related to classical music. Sabina Hasanova (piano), Jenny Lippl (violin) and Miha Ferk (saxophone) present themselves as an experimental friendly chamber music ensemble that follows its own musical path. The trio‘s outstanding renditions of well-known works from Viennese Classicism, Romanticism, Modernism and Dodecaphony experience a completely new interpretation, which breaks away from the ordinary and often nests in the realms of modernity. In 2015, the ensemble received the Austrian Federal Chancellery Scholarship for Music and was awarded the Bank Austria Art Prize that same year. In 2016 the trio released their debut album “Geography of Sound” (Orlando Records). Austrian Musikfonds institution supported the production of their second album, which includes works by Johannes Brahms, Dmitri Shostakovich and Ernst Krenek. Trio Klavis were Musik Aktuell artists in 2015 and were chosen to be NASOM “New Austrian Sound of Music” artists for 2020-21.

Listening to the tracks of this TRIBIDABO, one thing immediately stands out: genre boundaries or any other musical restrictions are completely nonexistent for the young Styrian trio. The guiding theme of the musicians Matthias Meister (saxophone, cajon), Bernd Kohlhofer (accordion) and Simon Reithofer (guitar) is simply the absolute musical freedom, which reveals itself in a tremendous stylistic variety. In Tribidabo‘s music, Klezmer meets classical music, traditional Roma songs meet tango, the pulsating sound of the Balkans meets French waltzes and so on. For this formation it seems as if there are no musical frontiers that cannot be overcome, no combination that is daring enough. The diversity in Tribidabo‘s compositions is wonderfully detached from any categorization and is unified in an incredibly lively and colorful whole.

Founded in 2010, At Pavillon move beyond the typical rock sounds and have found their style somewhere amid the disco lights, taking inspiration from film-classics of the ’70s and ’80s. Packed with funky arrangements straight from the dance floor of Saturday Night Fever, these upbeat songs aren’t just about going out and having fun. They also carry deeper messages about individual freedom, tolerance, and cooperation. In 2018 first there was “All Eyes On You“, then “Stop This War”, both singles which the boys fronted by the charismatic Mwita Mataro have already released, were instant hits. After radio airplay from Austria to Australia, from the USA to France, an appearance in Austria’s most popular late-night TV show “Willkommen Österreich” as well as a slot at the biggest Austrian music festival, the FM4 Frequency Festival, the band finally arrived at the Austrian pop Olympus. They have been selected for the support program “The New Austrian Sound of Music” (NASOM 2020/21).

PNEUMA are Jakob Gnigler, Robert Pockfuß, Christine Gnigler and Bernhard Höchtel. Each member is involved in different musical projects. In Pneuma the four musicians are focussing on contemporary composition and improvised music. Coming from baroque music, free jazz, noise, a capella and other music, Pneuma combines all influences in works that are composed especially for the ensemble.

Presenting old traditional sounds in a new guise: MORITZ WEIß KLEZMER TRIO aka Moritz Weiß (clarinet, bass clarinet, vocals) and his colleagues Niki Waltersdorfer (guitar, percussion, vocals) and Maximilian Kreuzer (double bass, vocals) present their own take on Klezmer music by developing it further and retelling it in a wonderful new musical language. Founded in 2015, this virtuosic trio bridges the gap between past and present, incorporating many musical forms and styles from other epochs, while always giving a respectful nod to the Jewish music tradition. The sophisticated pieces of Moritz Weiß Klezmer Trio are loaded with energy and artfully multi-layered with elements from various other genres, such as jazz and classical music. Moritz Weiß Klezmer Trio was chosen to be NASOM act 2020/21.