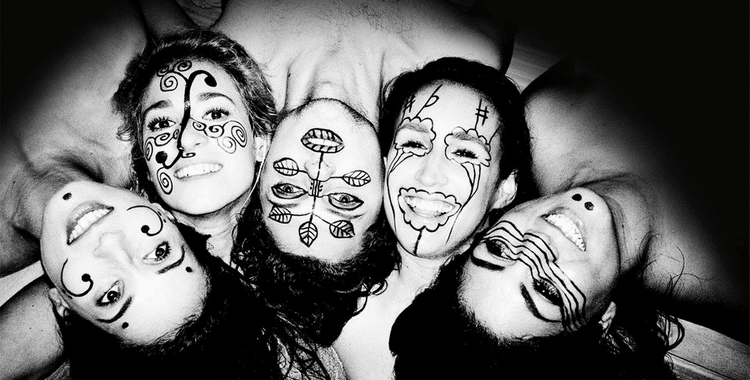 It isn’t far fetched to say ALMA is ready to make its way to the top and is moving full-speed ahead in the world music scene. Already universally acclaimed by fans and critics for the debut “Nativa” in 2013, the band is now poised to land its next big hit with the new album “Transalpin”, released by col legno. 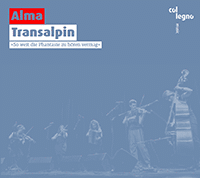 On a mission to give Austrian folk music a new sound – this could be the overriding musical claim of the band ALMA. The new album “Transalpin” proves once again that folk music does not have to be played strictly traditionally and is not limited to a certain sound or region. The five musicians – Julia Lacherstorfer (violin, vocals), Evelyn Mair (violin, vocals), Matteo Haitzmann (violin, vocals), Marie-Theres Stickler (Styrian accordion, vocals) and Marlene Lacherstorfer (double bass, vocals) – who form ALMA have already received plenty of international recognition for their open and respectful approach to different styles and various forms of contemporary music. Despite the shared penchant for experimenting with various sonic forms, the musicians always stay true to their roots which lie in Austrian folk music – the music of their childhood and youth.

A MUSICAL LANGUAGE OF MANY DIALECTS

The musical language of ALMA is one of many dialects. The melodies originating from all corners of the world, the elegiac arrangements, the skillful bridges, the warm sound of the instruments, and the quiet spine-tingling passages, all merge into a very lyrical and contagiously vivid whole. Musically, the band moves along the lines of traditional sounds, ranging from music of the Alpine region with yodelling, Nordic folk music, sophisticated chamber music and occasional improvisations, to sounds from the Orient. Every single track of ALMA’s album tells its own story, sometimes with a light and cheery atmosphere, sometimes with a more restrained and melancholic tone.

If there ever was a need to prove the high quality of this formation, “Transalpin” delivers the evidence in the most beautiful and impressive manner. ALMA’s music stuns with its very own fascinating character that can carry you away, touch, entertain, and challenge you – all at the same time.