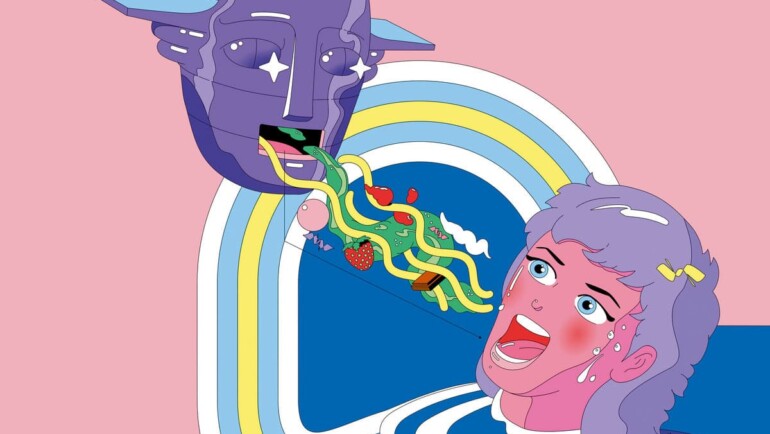 Check out some of the finest and latest albums popping their musical buds out of the ever-fertile AUSTRIAN JAZZ field. Whether the bands are new to you, or already on your list of all-time faves, these new releases have earned their right to a place in anyone’s music collection.

An instrumentally classical jazz trio, which does not act according to the musical classical rules at all and sets its own accents in an exciting way. PRIM interprets jazz with a slight classical touch.

The sound on “Garnet Tales” oscillates constantly between smooth restraint and wild sound experiments and musically follows straight grooves, as well as complex rhythms, whereby the tension of what is presented is kept high by the three musicians throughout.

Mia Zabelka, the master of avant-garde electric violin, together with Indian musician and label founder Arun Natarajan, aka ICOSTECH, has created “Aftershock”, an album whose sonic intensity, stylistic diversity and musical idiosyncrasy make it an exceptionally haunting listening experience.

Mia Zabelka and Icostech, who were also supported by American trumpeter Joshua Trinidad on their joint work, deliver a narrative framed in a wonderful dramaturgy within their pieces, which are conveyed in the broad stylistic space between ambient, improvisation, techno, drum ‘n’ bass, noise and experimental electronics in timbres ranging from dark and violent, to floatingly spherical.

HELMUT BOHATSCH & THE LSZ – BAUER TO THE PEOPLE

On “Bauer to the People” the Graz actor, speaker and singer Helmut Bohatsch dedicates himself entirely to the literary work of Wolfgang Bauer. Together with the ensemble founded decades ago by Hannes Löschel (keyboard), Paul Skrepek (drums / trumpet) and Martin Zrost (saxophone / bass), Bauer’s literary work is artfully performed and interpreted with the help of the most diverse musical modes of expression.

The result is reduced, intimate soundscapes, built up, which are, in part, reminiscent of theater or film, and at the same time, different musical forms like free jazz, rock, punk and improvisation, all connected with one another.

With their music, Emiliano Sampaio (guitar/trombone), Gustavo Boni (bass), and Luis Oliveira (drums/percussion) explore the possibilities of instrumental music again and again, often using the most diverse styles or approaches. On “Choros”, despite the always recognizable influence of traditional Brazilian music, elements of jazz as well as chamber music approaches can be heard throughout.

With the exception of one original composition, the current album consists of classics of the traditional Brazilian choro genre;
according to Sampaio, one of the first forms of Brazilian urban music. These classics are given an exciting, contemporary color, especially through the chosen instrumentation and arrangement. Thus one is reminded again and again of being on the road in Brazil, musically, while, at the same time, sounds and techniques of other styles are skillfully included.

Dynamic, high-energy jazz-punk-rock or whatever – Edi Nulz once again indulge in rousing musical madness on their new, and already, fifth album “Meganan”.

The idiosyncratic trio has, since the beginning, stood for a sound that is difficult to assign to a single category, and therefore also avoids any musical cliched coating, in the most exciting way. Brecher, Pajzs and Schuster open up and blend jazz with rock, punk and surf music, all with complete compositional finesse. The result somehow strikes a casual tone, in a highly peculiar way, which rumbles and grooves just as energetically as it sounds in its wonderfully rich melodies. Edi Nulz is everything from noisy and impetuous to experimental and progressive, humorous, restrained and never unimaginative nor interchangeable with anyone else.

HELMUT BOHATSCH & THE LSZ – BAUER TO THE PEOPLE