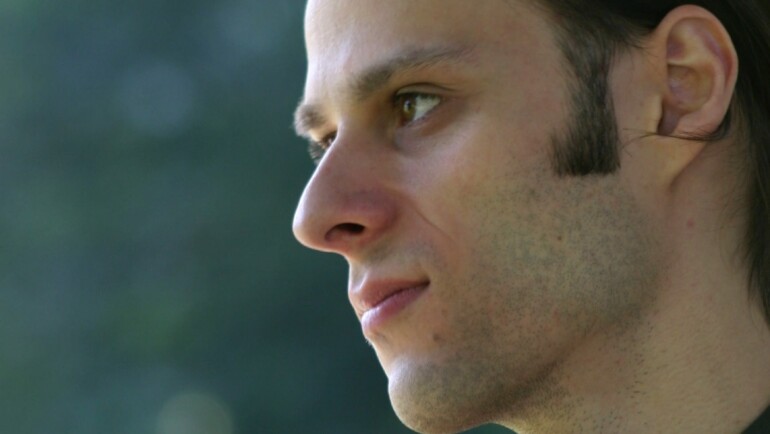 Three new chamber music compositions by the multi-talented Johannes Berauer are now available in the music austria sheet music shop. Compositions of this young Austrian composer are difficult to assign to one specific genre. An instrumentation with violin, clarinet, bassoon and piano implies contemporary music. A piece exclusively for saxophones assumes arranged jazz music. An intervening beat boxer most definitely has something to do with popular music. In addition, the melody, rhythm and structure of the voices jump between jazzy improvisation, strict counterpoint and techno minimalist patterns.

The composition “Mizar A-B” written in 2009 for bassoon, bass clarinet and electronics, and composed with the vocal acrobat Philipp Sageder, initially appears to be a late romantic duet with an oblique cast. With a beat reminiscent of dub step, highlighted with vocal extensions, the musical backdrop suddenly changes, until it eventually forms a unit with the two wind instruments. The version “Mizar B” for the same instrumentation begins very rhythm oriented with strongly accentuated motions and lets the playback organically blend into the composition. Sometimes it reminds you of minimalism, another time of film scores and at some stages pushes the body into such a toe-tapping mode that it makes you feel as if you were in a techno club.

The orchestral piece “Stormy Weather” for 12 saxophones involves similar confusions. Beginning as a romantic symphony that slowly builds up over a delicate sound surface with solos in different ranges, the saxophones still provide that jazzy breeze. Thus, this sound cloud floats between symphonic orchestral music, playfully switches to a Big Band sound, then loses itself in individual voices until they congregate in the tonic beat of the basses. The six-minute composition ends in a mix of classic final clause, melodic complexity and swinging lightheartedness.

Not always swingingly light and groovingly easy, Johannes Berauer is also serious and thoughtful in his compositions. The composition “Water Crystals” written in 2006 refers to the theory of Dr. Masaru Emotos, who discovered the effect of positive and negative emotions on the internal structure of frozen water. Despite fierce controversies with this theory, Berauer transformed this into a nine-minute composition. To melodize the human struggle against nature, he divided the instruments into two groups. The piano symbolizes the cosmos around us, which is first shown in the harmonic series. In contrast, the violins, clarinets and bassoon represent the human drama that drives the piano to move from the harmonic series to an artificial 8-tone scale. The “human” instruments adapt to this shift of the piano and are united in the last part with the idea of the power of positive thoughts.