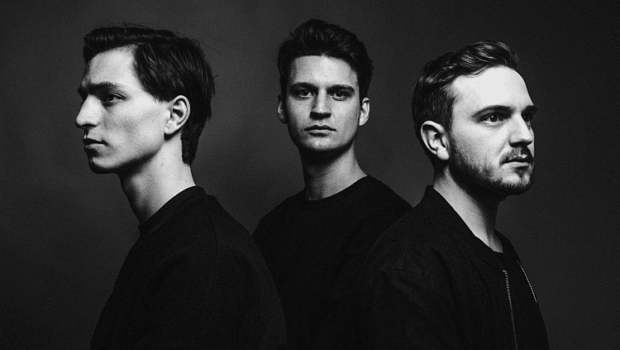 Good things come to those who wait. And although the members of NIHILS have known each other for twenty years, the really good things are coming to those who have been waiting the longest. Their fans. Because after breaking out onto the scene in 2011, the Tyrolean boys in Berlin have finally released their debut album.

ONCE UPON A TIME

The band´s history has followed a path many musicians dream of, but very few ever get to experience. A history that begins in Waidring, a village in Tyrol. Ramon Riezouw and Thomas Lackner meet each other in kindergarten, go to music school together, meet Florian Nothegger (guitar) and Dominik Brunner (bass), begin playing gigs, decide to audition for a casting show, and then explode onto the Austrian stage. Their single “Set my Sail” made it’s way into the Austrian charts, and the band made its way into the hearts of the Austrian music scene.

But that was then. A lot has changed for the band since they got their first big chance. The lineup has changed (Dominik Brunner has since left the band), their location has changed, and above all, their sound has changed. The early indie sound is gone. New skills have been added to their toolbox, and the influence of sounds beyond the usual guitar genres has made itself noticeable.

In 2014 they once again made a splash with their track “Help our Souls”, a track that was remixed by Urban Contact and has had over 7.5 million clicks on YouTube. It would turn out to be an eye opening event for the band, and just a hint of the new directions they would take.

But it shouldn’t be too surprising that a band from the countryside who had a chance to see the inside workings of the music industry and music scene of the capitol city might see things a little bit differently than the young hopefuls from 2011. Experience tends to give people a different perspective.

ANOTHER TIME, ANOTHER PLACE

So does geography. And since the band had grown up in the countryside, and had a more than passing familiarity with Vienna, it makes sense that the only next possible move would be to Berlin. A city that has had life (and music) changing effects on countless musicians over the decades.

It’s clear that the sound of the city would eventually find its way into their music. The turn toward disco and electronic had already begun and the need to experience new things and explore their musical possibilities was clearly stilled in the city on the Spree.

Working with Niko opened up completely new perspectives for us. We tried out different things in the studio, for example randomisation techniques, where we would jam for ten minutes and then a song would result from that which really amazed us.

The end result wasn’t just a change to the way they created music. It also helped them see some of the works they had brought with them to Berlin in a new light.

The opening track from their new album could almost be a hymn to the process they have just wrapped up. The band themselves see it as a description of their sound, the combination of organic and mechanic, or analog and digital. A combination that strengthens the human element rather than weakening it.

After three years of work on the album, and six years of experience in the music business, it shouldn’t be too surprising that their debut offering sounds like anything but a first release. Their sound is mature, and the years of playing and working together let them find the right mix of sounds and production to highlight the vocal skills of Ramon Riezouw while maintaining a clear identity as a collective. The indie guitar of the past has given way to an emotive mix of soul, style and charisma. A sound that quite clearly references the sounds of the city and their past paired with lyrics that tell a story of change, conflict, determination and even optimism.