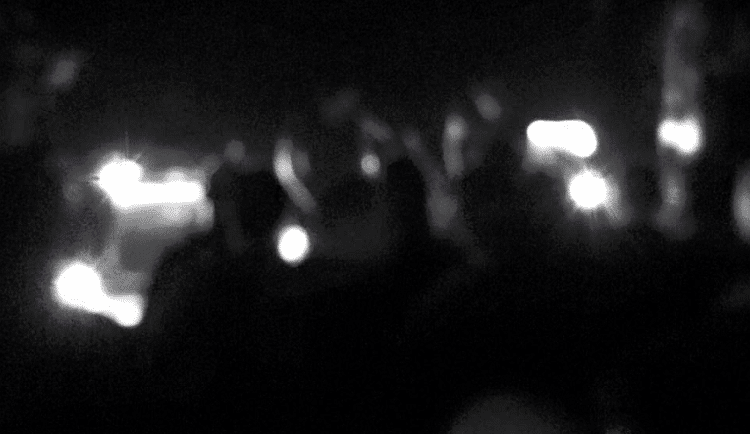 NOISE APPEAL RECORDS is one of the oldest independent labels in Austria. Genre blinders are foreign to this Viennese talent factory. As long as the music has quality. And that is obvious with a look at the catalog including such diverse artists as the legendary avant-gardists FUCKHEAD, the radio friendly LIKE ELEPHANTS and the noisy alt-rockers HELLA COMET.

Noise Appeal Records has been moving outside of the mainstream and supporting musical subcultures in Austria for over a decade. When a label sets the goal of publishing difficult music, profits are usually left by the wayside. Instead it´s a labor of love, sweat and tears. And that is exactly the stuff behind this long term independent label. Label boss Dominik Uhl says “It’s 100% idealism, there is no other way. The label never financed an extended weekend or anything like that.” Which is particularly noble since Noise Appeal releases have provided more than a few exciting weekend hours for their fans.

THE NAME IS THE GAME – NOISY AND APPEALING

Stylistically the label is all over the place, but the bands are all challenging in some way. OK, not every band is as scandalous as Linz’s legendary Fuckhead, who have called Noise Appeal their home since their 2013 release “Avoid Nil”. They are still pushing the noise barrier and making provocative live shows featuring everything from violence to bodily fluids. But other bands, like Sex Jams or Hella Comet choose to simply ignore conventional concepts of rock and roll songwriting. Instead the guitars scream and squeal, vocal chords stressed and yet they still manage to create music that charms the ears. “Noise” and “Appeal”, the name of the label is the name of the game for their artists.

Some bands just make music that heads straight for the eardrums. Like Elephants for example. Their music heavily references new wave and post-punk, which has earned them their own place in the Noise Appeal pantheon. The primary goal seems to be releasing high quality, interesting and authentic music – independent of any particular genre.

“Basically, Noise Appeal was always a label on which I brought out whatever interested me at the moment. It’s clear that would be based on hardcore punk, since that is where I come from”, says Dominik Uhl in reference to the early days of the label when artists like Plague Mass and Fresnel were the order of the day. But that doesn’t mean he couldn’t bring out dialect heavy Viennese pop. Like he did in 2017 with the second album of Die Buben im Pelz.

The longer a project like this exists, the more the label and the people behind it and their favourite music all sort of melt together. According to Dominik, “When someone does something like this as long as I have, daily contact with music, it all gets tangled up. You become the label and the other way around. It sounds too romantic, but that’s what it is.” This absurd romance between label and boss is now celebrating it 15th anniversary. And that means Noise Appeal is planning some interesting releases.

ESTABLISHED 2003, VINYL EVER SINCE

Niche music in little Austria. Not a particularly fruitful financial endeavour. And if someone can pull it off without thinking of giving up for 15 years, it´s a definite reason to celebrate. Dominik has some special plans for 2018. “I want to make a single club with 12 split singles from our label as well as other artists. Every month I will release a record, and people can subscribe to it.” A perfect chance for vinyl fans to expand their collection.

Because vinyl has long been the preferred format for Noise Appeal releases. It’s just another example for the love of detail that stands behind the label. Because other formats are more profitable, says Dominik: “CDs would make more sense financially. But it was also an idea to position Noise Appeal as a label for vinyl.” And that didn´t change since 2003 – a time, the industry hadn’t just declared vinyl dead, they actually were. Before the rebirth of the collectors interest in vinyl that we are seeing again today.

Fans who like to rummage through the online music shop know that another big event worth celebrating is around the corner. The 50th release was just ignored. “That’s going to be the next Fuckhead release”, says Dominik, “they get the place of honour”. For love of the band and Bruckmayr publications”. Yet another reason for fans of music on the other side of mainstream to keep an eye on what Noise Appeal will be doing in the future.

Sebastian J. Götzendorfer (Adapted from the German by Dave Dempsey)