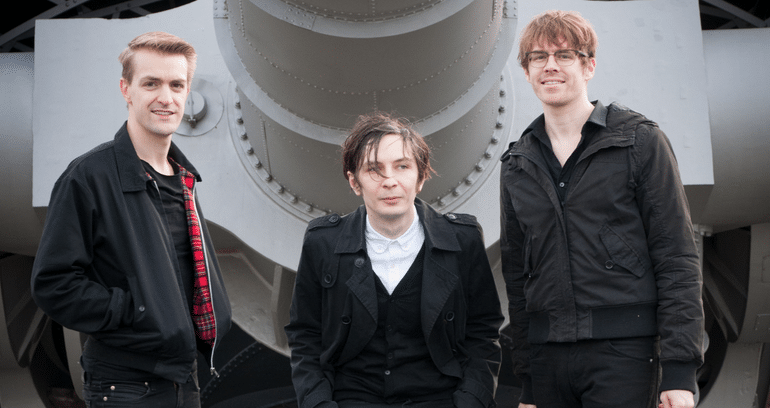 After its successful premiere in 2013,  the Austrian Music Video Award will be bestowed for the second time at the international short film festival VIS – Vienna Independent Shorts. One of this year’s 14 nominees is Ja, Panik with their self-directed video “LIBERTATIA”.

Ja, Panik is a true success story. Originally from Burgenland, Ja, Panik were led by their drive and ambition to the German capital Berlin, where they are now celebrated as one of the shining lights of German indie pop. In early 2014 the band once again fulfilled all the expectations of their highly anticipated new album “LIBERTATIA” and displayed a whole new level of sophistication.

While in the past the musical focus was mainly based on rock elements, Ja, Panik have now moved towards a distinct pop context. This does not mean that Andreas Spechtl (vocals, guitar), Stefan Pabst (bass) and Sebastian Janata (drums) now indulge in edgeless mainstream sounds – fortunately these three musicians are far from it. “LIBERTATIA” is sort of a musical reorientation, opening the door to other styles such as soul, funk, disco and new wave. This might have been a risky move, but the overly positive reactions and reviews prove otherwise.

As unusual and idiosyncratic as Ja, Panik have always been in their music and lyrics, the self-produced videos are also quite different from other video production standards and take on a life of their own. For “LIBERTATIA” the band introduces us to the new album in a revealing bubble bath with a sitting choreography of the opening track. “Ladies & Gentleman, history highlight. This is Libertatia, calling you tonight.”

The Austrian Music Video Award will be awarded at the VIS festival’s Screensessions on the 26th of May 2014 and is organised in coorperation with the Poolinale and mica – music austria.