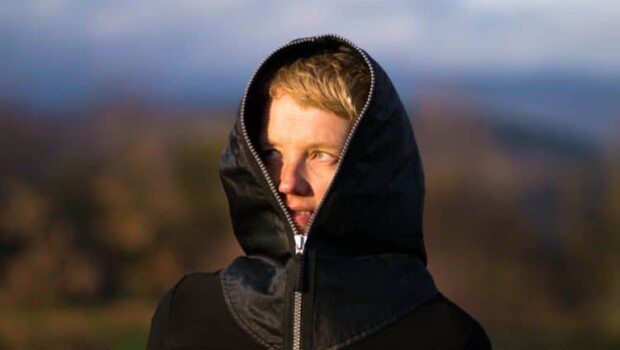 On her recently released new album “MYASMO” (Setola di Maiale), the Styrian e-violinist, sound artist and composer MIA ZABELKA portrays four European cities – London, Le Havre, Vienna and Tønsberg – in her very own musical way. Recorded live in front of an audience at concerts in these same cities, ZABELKA’S pieces reveal themselves as true treasures of the high art of improvisation. In an interview with Michael Ternai the extraordinary artist looks back on her time during the Corona-related lockdown and explains why she decided to release a live album.

First of all, how are you? How did you overcome the lockdown?

Mia Zabelka: I am very well, thanks! I was lucky to spend this challenging time at Klanghaus Untergreith, my home in southern Styria. At least I had the opportunity to walk my dog ‘Alma’ in my small vineyard or the nearby forest without any major problems. I have been busy with things that I had neglected so far, e.g. cooking and housework. Besides, I could finally dedicate myself very intensively and without distractions to my new projects and the work in my own recording studio.

How badly has the crisis affected you as an artist? Did you have to cancel or postpone many concerts?

Mia Zabelka: Unfortunately I had to cancel or postpone many concerts until 2021, including a three-week tour of the USA in April and a two-week tour of Japan in June.

To what extent did you have to make use of supporting measures?

Mia Zabelka: Fortunately I haven’t had to make use of any supporting measures yet. I would also rather be adequately paid for my artistic work than be dependent on charity. There should be many more working grants for artists who certainly have a lot to communicate through their art in these difficult times.

How much was the Klanghaus Untergreith affected. Are events possible again? Do they actually make sense from a purely financial perspective?

Mia Zabelka: In theory, events would be possible again. However, due to the COVID-19 regulations, we could only invite six people to the events because our event tents are very limited in space. So it doesn’t make sense. We will therefore organize a big international online festival in autumn – if the situation does not turn to the better by then – which will last several days.

How did you spend the time of the lockdown artistically?

Mia Zabelka: I played the violin every day or worked in my recording studio. I also dealt with basic considerations such as where do I want to go with my music, what social relevance my musical work has, how music production will develop in the future, etc.

What did you miss the most?

Mia Zabelka: Although I have participated in many online art projects, what I missed most was the social contact and concerts with Austrian and international musicians.

To what extent has something like normality come back into your musical life? Or is it still far away?

Mia Zabelka: Normality in the music and art scenes is still far away. For example, many festivals have been postponed to 2021. My concerts in autumn are still up at the moment, but it is possible that they will be postponed or moved into the virtual space.

“IMPROVISATION IS A MUSICAL FORM OF EXPRESSION THAT TAKES PLACE IN THE INSTANT, IN THE MOMENT … A COMPOSITION IN REAL TIME”

You’ve released a live album, “MYASMO”, on the Italian label Setola di Maiale. What made you decide to release a live album now?

Mia Zabelka: Improvisation is a musical form of expression that takes place in the instant, in the moment… a composition in real time. I have been on several international tours over the last years, playing solo and with many other musicians. My concerts with acoustic violin and voice have mostly taken place in small spaces. I was able to communicate in the best possible way with the audience in these settings. I wanted to record a selection of these great moments, which I was able to experience together with my audience, on a sound carrier and make them accessible to other music lovers. Besides, the respective organizers and the Norwegian noise musician Lasse Marhaug, who made the selection and sequence of the pieces, as well as the mixing and mastering of the CD, encouraged me a lot to do so.

“IN THIS RESPECT, THE PERFORMANCE VENUES HAVE A GREAT INFLUENCE ON THE MUSICAL DEVELOPMENT OF MY PIECES”

London, Le Havre, Vienna, Tønsberg – the four tracks on the album are named after European cities. What can you tell us about them?

Mia Zabelka: The pieces are named after the cities where I played the four solo sets.  On my concert tours I am very much inspired by the cultural differences of the respective cities or countries. My improvisations are not completely free, they are always based on a compositional ‘grid’ from which I also like to free myself during live concerts and develop the pieces in completely different, new directions. In this respect, the performance venues have a great influence on the musical development of my pieces. I think this comes across very well on “MYASMO”.

The musical and stylistic diversity of your projects is huge. How can this album be classified musically?

Mia Zabelka: I see myself as a “Musician-Composer”, which means that I always compose with the instrument, the voice and electronic devices. Just as a composer creates different works in the traditional sense of the word, e.g. operas, orchestral pieces, string trios, etc., I’m also usually working on several projects simultaneously. It’s always a great challenge to switch from working with the acoustic violin to working with the electric violin and electronic devices and vice versa. This also creates a mutual influence which I find very exciting. The basis of my work, however, is always the improvisational technique of ‘automatic playing’ which I developed myself. With “MYASMO” the challenge was to create a musical narrative or an arc of tension with acoustic violin and voice alone.

What are your next plans?

Mia Zabelka: Among other things I am already working on a new electronic album. Basically I want to develop the theory of “scientific music based” on the principle of ‘automatic playing'”, which was developed by some friends and myself. This is about representing technical processes as well as technical states in a tonal way. I am principally very much interested in the interdisciplinary nature of music and science. The term “scientific music” applies best to my work. It is music beyond melodies, harmonies and rhythm. Scientific music is concerned with making automatic processes audible. It is based on noise, movement, automation, division, symbiosis, dissonance and resonance, etc. An artistic journey into the realm of elementary particles, in which there is still so much to discover…