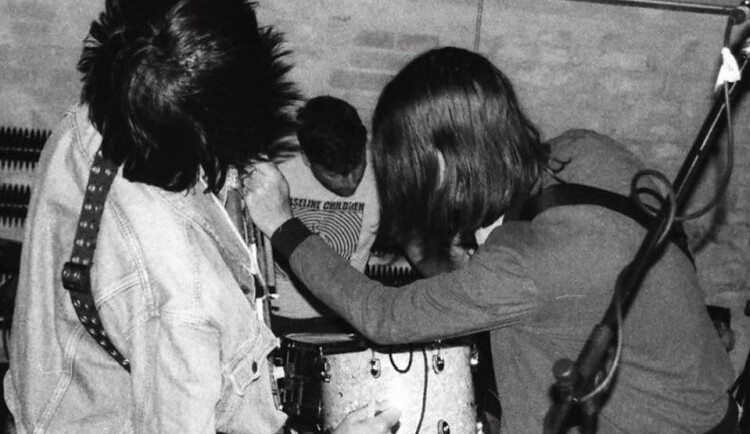 “Numavi Records” was founded in the early 2000s in the Styrian town of Weiz and has developed into a significant part of the Austrian and international music scene in the last two decades. While in the beginning the label was mainly influenced by (post-)punk, the musical and artistic interests of the label operators became more and more versatile, so that today the range of music offered on the label is absolutely impressive. Ulrich Rois met with the founding members SUSI SCHWARZ and MARIO ZANGL for a talk about past, present and future of “Numavi Records”.

“Our Band Could Be Your Life” is the title of a book by Michael Azzerad about some of the fundamental bands of the American DIY scene of the 1980s. For example, you can read about the history of Black Flag, Hüsker Dü, Sonic Youth, Minutemen and some other bands that are virtually synonymous with the early days of independent rock.

Most of these musicians originally came from the punk/hardcore scene and through their incessant touring created DIY structures, some of which are still alive today and offer performance opportunities for touring bands in many American cities. At the same time, the distribution structures for music were revolutionized. Many bands founded their own labels, some became important platforms for the distribution of independent music. For example “SST”, which was mainly run by Black Flag guitarist Greg Ginn, and also “Merge Records” by Superchunk founding members Laura Ballance and Mac McCoughan. These developments also triggered a wave of new labels internationally and inspired many musicians to become active themselves and not to relinquish control over the distribution of their own music. 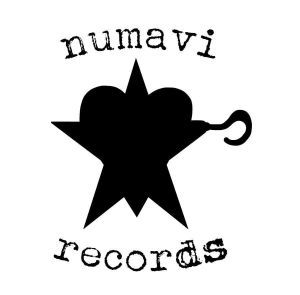 Almost twenty years later, a label surfaced in the Styrian town of Weiz that combined all these virtues in an exemplary manner. At “Numavi Records” too the desire to simply become active and to give one’s own music or that of friends a bigger platform was the main reason for creating the label. Before the first releases however, “Numavi” was mainly active as an event-creating collective. Founding member Susi Schwarz remembers this time and the first release: “In 2002 we were still in Weiz where we all come from. Back then we realized that we’re all playing in bands and we decided to join forces. In the beginning mainly to organize concerts. Then we slowly released our first stuff. First on CD-Rs in really small editions. The first release was THE LACERATIONS. The band later changed its name to KILLED BY 9V BATTERIES. Then followed releases of the bands MILE ME DEAF, ZUCHTHAUS UND I HATE THE SUN”. Mario Zangl adds: “Some experimental grindcore stuff was around too at that time.” 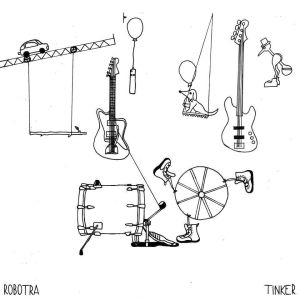 In the beginning the label made many CD-ROMs, but also other formats that corresponded with the DIY idea, such as cassettes and even floppy disks. Since then mainly records are produced. The starting signal was given in 2006 in a cooperation with Siluh Records. That was a split LP with Killed by 9V Batteries and Picture Eyes. The first independent Numavi Records release on vinyl came about in 2013, namely “Tinker” by Robotra.

In the best DIY tradition organizing concerts was also an important part of the label’s activities from the very beginning. Before “Numavi” there was already “Kulturpirat” in Weiz, a punk collective that organized many events and with whom the to-be Numavi people often worked together. When “Numavi” was finally founded, most of the former “culture pirates” joined and the collective grew into the new organization. In the beginning, the focus was still on organizing concerts, but only slowly did the concert collective develop into a label.

From Styria to Vienna

“Numavi” continues to function largely as a collective. Over the years however, a certain distribution of tasks has emerged which seems necessary considering the label’s output and the many concerts they have been involved in as organizers. Thus the label (and more recently also the publishing house) is mainly run by Susi Schwarz and Mario Zangl. At the concerts on the other hand, there are a lot more people working under the Numavi banner. This is the only way to cope with the large number of events and the local distribution. Although Susi Schwarz and Mario Zangl now are staying in Vienna, many Numavi events still take place in Graz. For both of them it is important that release concerts for Numavi releases are always scheduled in Vienna and Graz. Since the roots of “Numavi” are in Weiz and Graz, the Styrian music scene should not be forgotten. On the day before New Year’s Eve the annual “Tweety Party” takes place in Graz, which has become a legendary institution. Usually a very large number of bands from the Numavi environment gather there to bid the year a fitting farewell. Often extraordinary sets and one-off projects take place in the course of this event. For the staging of the “Tweety Parties” the largest possible number of Numavi people are present. Altogether the collective currently consists of more than twenty people.

Asked about the reasons why they originally started organizing concerts, Susi Schwarz and Mario Zangl come back to the basic inspiration of the DIY idea. “Well, I think for all of us it was that we were always influenced by the DIY spirit, after all we had heard all the 80s punk stuff before and in the whole scene everything was actually done by ourselves.  Just this thought: ‘You don’t have to wait for a label, just do it yourself! That’s what inspired us all, it seems to me. Besides, we’re all together creative people. We do a lot, according to the motto: ‘So let’s have a look, let’s do something, let’s make videos about it’,” says Mario Zangl. For Susi Schwarz a factor also was “that we had already noticed from ‘Kulturpirat’ that something like this can work. We also got a bit of knowledge about how to set things up and so on, and then we realized that we could do something like that ourselves. And that’s a huge circle of friends in Weiz who have found each other through music. 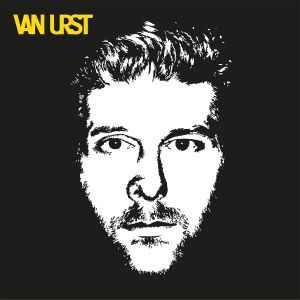 Right from the very beginning “Numavi” has always been characterized by a very collaborative spirit. This contributed to the fact that the collective was not only firmly rooted in the cultural landscape of Weiz, Graz and Vienna, but also that it has always worked together with international bands and labels. On “Numavi Records”, for example, there were releases by bands from Croatia (Vlasta Popić), Serbia (VVhile) and Germany (Van Urst, No Jaws) and for some releases there was also a collaboration with other labels, especially with “KIM & Wilhem show me the Major Label”, but also with “Cut Surface”, “Rock Is Hell”, “Fettkakao” and “Moonlee Records”, among others. The album “More” of the Serbian formation VVhile was even a co-production of five labels, “Dirtcult Records” from the USA, “Twintoe Records” from Germany, “Pop Depresija” from Serbia, the band’s own label “Jazz Chairs” and “Numavi Records”. This unconditional commitment to collective and collaborative work has not only helped “Numavi” to its status as an indispensable institution of the DIY scene, it is always a political statement as well, especially in times of increasing isolation and the political repression of social and cultural structures. Asked about this aspect of the work, Mario Zangl replies that they too are of course political people and are committed.

For Susi Schwarz it was obviously a political statement to say: “We are now ‘independent’ and are simply doing it ourselves. That is, to say that you are independent and don’t want to simply repeat the given patterns, but that you want to develop yourself and see for yourself how far you can go, and with these steps you want to sound out and test what suits you. To enter into cooperation with others in this process is a clear thing to do, you need to and have to. In this respect, community is always important, be it in Weiz, Graz or Vienna. Alone you don’t get much further, you’re simply not an island.

Mario Zangl continues: “We all come from this left-wing punk thing and especially in the beginning it was very important to make a political statement to the outside world. I still find that very important. But I think that music doesn’t necessarily have to be political. People do of course, but the music can also suffer if the political statement is too much in the foreground”.

Susi Schwarz believes that people work a lot with promises and trust “that this will be fulfilled at some point. You rely on each other and see to it that it will grow together. It’s important to have a common basis, and that includes for us the political aspect as well”.

This emphasis on the collaborative idea and a blinkers-free approach to music have made “Numavi Records” into what it is now: one of the most interesting and exciting record labels not only in Austria but also in the world. The past year was also a very eventful one for “Numavi”. Amongst others, there were new releases by the Viennese wave/post-punk formation Gran Bankrott, the Styrian hardcore band Red Gaze, the Graz-based indie groups Cryptic Commands and Land Of Ooo, the Viennese trip-hop artist DEATHDEATHDEATH as well as a best-of release by Robotra and a re-release on the occasion of the 20th anniversary of the album “aufrecht” by Flowers In Concrete.

The musical range of these 2019 releases alone gives an indication of the broad diversity of the label program of “Numavi Records”. Instead of genre uniformity, the emphasis is on independence, the courage to express oneself musically and on human integrity. When asked about decisive criteria that make a release or an act interesting for “Numavi”, Susi Schwarz answers: “‘C – U – N – T. Creativity, Uniqueness, Nerves and Talent’, that’s what our artists have to bring along! That’s freely quoted from Ru Paul, but of course it’s true!” Mario Zangl agrees with his partner, especially regarding uniqueness: “It can be weird what we’re doing, but it’s got to have its individual thing, stand on its own.”

Susi Schwarz continues: “We have already broadened our musical horizons, because we too have evolved in terms of our musical taste. All is no longer just punk, as it was when we were fourteen, but you also ask yourself where it all comes from and where it all goes. We have grown with it and accordingly the choice of bands has become wider. So now we have a lot from Grindcore to Dream Pop and everything in between.

This claim to constantly change and challenge oneself anew does not only apply to the music, but also “Numavi” itself, as a label and event collective, has gone through many changes over the years and has grown along with them without losing sight of its own roots. Last year, a music publishing company was founded, which extends “Numavi’s” fields of activity by some more areas, such as the handling of licensing. So we can be curious what 2020 and the future will bring. As a small outlook into the first half of the new year, we can already reveal that the label itself as well as some of the artists represented on it want to cross borders and will be active in theatre, film and visual arts. Furthermore, releases by Tents, Bird of the Year, Red Mass, My Friend Peter, Crush, F.E.I.D.L., Zinn, Oxyjane, Musheen and DEATHDEATHDEATH are in preparation. However, it can be safely assumed that “Numavi Records” will continue to be an essential and exciting hub for creative people.

– Translated from the German original by Julian Schoenfeld