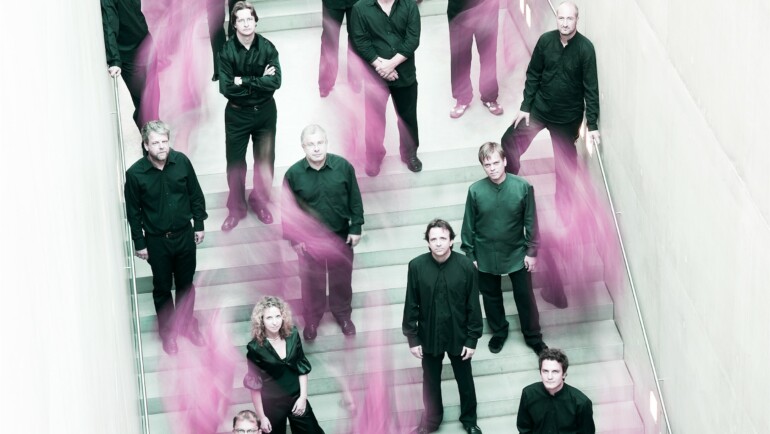 Since 1975 the œnm  . österreichisches ensemble für neue musik (Austrian Ensemble for New Music) has been making sure that the range of music in the Mozart city of Salzburg and elsewhere is enriched with various facets of new music and continues to bring a broad palette of contemporary music to the stage. This March the œnm will delight English music connoisseurs in London with a selection of works by contemporary Austrian composers.

About œnm  . österreichisches ensemble für neue musik:
Salzburg in the 1970s – the famous chocolate specialty “Mozartkugel” is already more than 80 years old and the Salzburg Festival is steadily gaining popularity in the era of Herbert von Karajan. Yet as so often, there is the lack of innovation and something new. When Klaus Ager was appointed in the early 1970s to the Mozarteum, he was missing performance opportunities for his own and new compositions in the city inseparably connected with the prodigy Mozart. Traditional orchestras with their hierarchical structures were too rigid to take on new repertoire. Although Friedrich Cerha and Kurt Schwertsik had already established the Vienna-based ensemble “die reihe” since 1958, there were hardly any specialized ensembles on contemporary music,  even beyond Austrian borders. This was the founding ground for the œnm  . österreichisches ensemble für neue musik, which Klaus Ager formed in 1975, together with Ferenc Tornai.

Right from the start the repertoire of the ensemble featured a wide range. At the opening concert, works by Ager himself were played, as well as compositions by contemporaries such as Luciano Berio and Vinko Globokar. When Ager initiated the Salzburg Aspekte Festival in 1977, the œnm  . österreichisches ensemble für neue musik significantly contributed  to the programme, and at the same time pursued a busy international concert career. Herbert Grassl, who took over as the ensemble director  in 1988 , introduced the use of public space with the visual artist Otto Beck and  initiated sound mobiles, which chauffeured none other than John Cage on recordable tricycles from the airport  to the festival city as part of the Aspekte Festival in 1991 . These sound mobiles were also used in other cities such as Maastricht, Bolzano and Seoul. Besides the Aspekte Festival, the œnm  . österreichisches ensemble für neue musik has earned a permanent place in major contemporary music festivals in Austria and around the world.