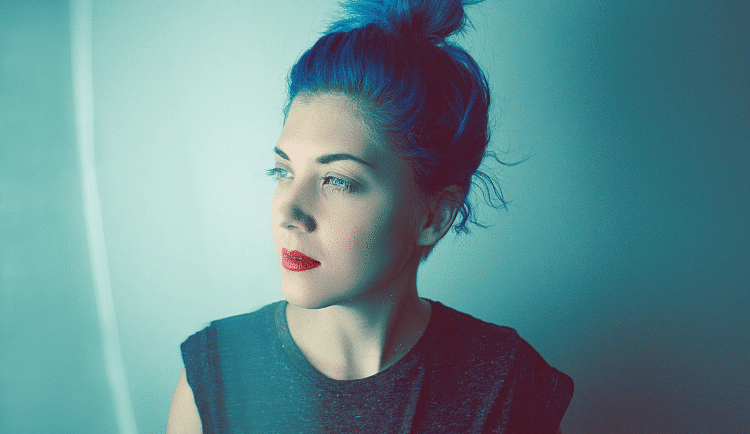 It’s finally here: After releasing the singles “Good Girl” and “Waves” in the autumn of 2017, PAENDA presents her debut album “Evolution I ” on Wohnzimmer Records. On it, the Styrian musician proves that electro-pop is more modern than ever.

If you had to describe to an alien what music best describes millennials, it would probably be hip hop and electro. There are an unbelievably large number of artists from both genres who find a new approach to the genre, or expand on the familiar paths.

PAENDA belongs to the latter category. She’s not writing a new book with her music, but she does add her own chapter. Her songs are clearly electronic pop. They are catchy, energetic, ear-worms. Many of them are also very danceable. It’s the kind of album that you can play for friends at a party and you’ll soon find some people dancing around the living room.

In 2016 she had already presented her song “Where Heaven Meets Earth“, which had a Eurovision Song Contest vibe. Only with more character and individuality. And even though the singles “Good Girl” and “Hold My Breath” didn’t have the same vice, there are one or two contenders on the album.

“Cinema”, for example. It’s easy to visualise that song being performed on an opulent Song Contest stage. It’s as dramatic as a ballad but charged up as a party anthem. In this song PAENDA also shows how variable her voice is. Sometimes she evokes the British singer Beth Ditto, the Swedish Robyn or Siân Evans from Kosheen. These singers are all powerful women whose vocals shamelessly demand centre-stage. And PAENDA also gives everything in her vocals. But she’s also not afraid of allowing the vocals to take a back seat and letting the music dominate. Like on “Tell Her”, where her voice is more of an instrument.

“Evolution I” is a very stringent album. One on which the songs harmonise very well, but are also very homogeneous. And yet, there are still a few that really stand out. These are “Identity”, “Iris”, and “Chills and Waves”. “Identity” seems to be about a separation, where the partner asks again if everything is okay.

PAENDA´s answer is simple but clear. “It’s alright now, but Darling, I hope you find what you miss”, she sings over and over again. The music escalates into a kind of electronic sound cloud; a deliberate chaos. Ultimately, the song expresses exactly that emotion which is triggered by such a painful and annoying moment of separation.

“Iris” could be called the “classical” electro-pop track of the 2000s. It reminds us a little bit of the eccentric beginnings of Moloko. It’s a very well balanced song. The aspect that makes “Chills” special is similar to “Identitiy”. The emotions expressed in the lyrics can be felt just as much through the music. She sings “I have chills” and the listener gets goose-bumps.

It’s no wonder that “Waves” is the first single and the last song of the album. It starts slowly, gently, and transforms into an absolute power-track. This is a song that works with great tempo changes that make listening an event. You don’t know what emotion lurks behind the next chorus. And that’s why you want to listen to “Waves” over and over again. PAENDA has decided to end her album with a bang and that’s pretty clever, because if you’re in an energetic mood, you might want to hear “Evolution I” again.