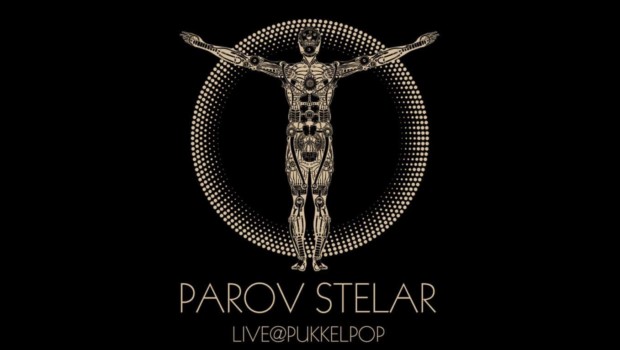 Parov Stelar might not need a detailed introduction, but his biography sounds pretty good when summarised. He was the founder of electroswing and has been cultivating this popular music style for the last ten years. So it’s not too surprising that he decided to celebrate his career by releasing his first big live album: Live@Pukkelpop

Creating a compelling live album can be difficult. Recreating the energy of a live performance while capturing studio quality sound that doesn’t sound too sterile is an art in and of itself. When the singer Cleo Panther calls to the audience, the listener at home should be able to hear their response without being distracted from the music by their shouts and applause.

A live album also functions as a sort of best-of compilation. It needs to include the current tracks as well as fans favourite classics. “Live@Pukkelpop” has succeeded on all counts. The very first song , “The Lonely Trumpet” manages to convey the expectant energy of an audience waiting to party down.

Because that’s what Stelar’s music is there for. Electroswing is for dancing, although the modern elements certainly add to the audiences need to move. Even the most die-hard holdout will have succumbed to the swing by the time “Catgroove” or “Booty Swing” comes around. Cleo Panther’s performance only adds to the effect. Her charisma is almost tactile, and her raw talent more than apparent. The audience’s reaction makes it obvious that she is very capable of setting the mood. The choice of a massive festival like the Belgian Pukkelpop is the perfect setting for musicians who are skilled in bringing the party to the people.

The band will be supporting their release with a tour in Europe and the U.S. Kicking off with a show in Brussels, it will take them across both continents including gigs at some major festivals. Anyone hoping to catch their show live at Coachella will have had to plan ahead though. Both shows are already sold out. Considering the sheer number of gigs they have ahead of them, chances are good you might still be able to catch them at a venue near you.

This album should also provide the label Etage Noir with a reason to celebrate, but Parov Stelar isn’t one to rest on his laurels. He continues to support young and upcoming musicians. The latest  Protégé is Anduze, although new isn’t quite correct since the American soul singer has already performed on the Stelar songs “Joesphine” and “This Game”.

Together they make Stelartronic & Anduze, and have recently released their first single “When I Find My Love”. This time the music has less to do with electroswing and is more a modern form of soul and rhythm & blues. Anduze’s voice is layered and unfolds smoothly through the room as the piano provides depth to the song. After a few listenings it’s clear that they have created an ear worm that will hopefully be followed by a few more.