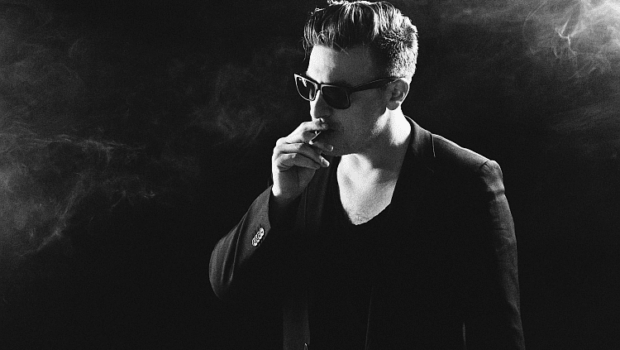 On his new album “The Burning Spider”, Parov Stelar experiments with reinventing his sound. A rather successful experiment as it turns out. The internationally successful musician from Upper Austria has presented us with a musical work that captivatingly combines sounds old and new.

Parov Stelar, aka Marcus Füreder, could have taken the easy way out.  Sticking to his trusted and very successful formula for electro-swing and releasing yet another CD with the same sound. And many of his fans would have thanked him for that. It is a style that has struck a chord across the planet, and his track All Night (The Princess, 2012) just went double-platinum in Italy.

But instead, the man with a love of sounds long gone had something else in mind. He wanted to breathe some fresh life into his project. Create a sense of surprise like so often in the past. Something which a listen to “The Burning Spider” shows he has accomplished.

A TURN TO BLUES AND JAZZ

The award winning musician reinvented himself in 2017. The album, at least, shows a new influence that was somewhat unexpected. Danceable electro is still the basis of his work, but this time his experimentation has resulted in something originally different from his past works. Whereas swing had provided the classical accent and acoustic aesthetic of previous Parov Stelar songs, Marcus Füreder has now turned to blues and jazz for his newest album. It’s the iconic artists like Lightnin Hopkins, Muddy Waters and Wingy Manone who have now received the Stelar treatment as he takes those classics and dresses them up in an exciting modern sound.

Parov Stelar has once again hit that perfect balance between danceable entertainment and musical sophistication. “The Burning Spider” is an album that is not only enjoyable but also offers something out of the ordinary.