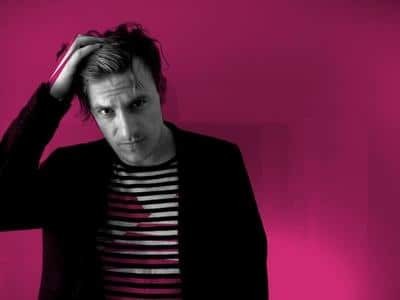 The roaring 20s are having a comeback and the swinging 60s are suddenly retro? Responsible for this musical trip into the past is among others the Upper Austrian Marcus Füreder, who is currently successfully conquering the international club and electronic music scene with his alter ego Parov Stelar.

Once a professional graphic artist, he now occupies the dance halls of the world as a producer and DJ. Moscow, Hamburg, Cairo, Istanbul, Mexico City – none of these cities are safe from the swinging sound of the Austrian musician. As big as all the hype surrounding the musician may currently be, it all started on a smaller scale: After his first maxi releases under his original name, as well as under the pseudonym Plasma at “Bushido Records”, Marcus Füreder decided to start his own business in 2003 and founded the label “Etage Noir”. Amidst the “dark floor” he invented his current stage name, which soon helped him to achieve local fame. His breakthrough arrived a year later with the EP “Kiss Kiss”, which immediately landed in the playlist of the prestigious Austrian radio station FM4 and quickly advanced from the night program to the daily program. A year after the debut album “Rough Cuts” his second album entitled “Seven and Storm” followed. Some of the songs made it on various compilations, including two FM4 Sound Selections.

Suddenly dance cafés came back into fashion, and ’20s costume parties were not only an absolute hit in cities like Berlin and Paris. But the artist will not let himself be pushed into the retro-drawer that easily. One might think that Füreder is exactly the type who likes to share old times and rather look at the world in a sepia tone than in colour. These assumptions should be swept under the table as quickly as possible: Obsessive collecting of old jazz and swing records never was Füreder’s thing. He rather prefers to gather digital sounds that fill up a lot of his hard drives. In spite of these preferences, Parov Stelar does not dare to bore his listeners by playing banal DJ sets with the usual technical equipment, but rather delights his audience with his live band.

His latest album “The Paris Swing Box” spares the listener from zapping to the next good song on the album. The CD leaves nothing to be desired and the variety of listening preferences is fulfilled to complete satisfaction. While the first album turned out to be “easy listening” background scenery and invited you to a cosy chill-out, the following albums gave you a hard time keeping your feet still. His songs give you the urge to enrol in a dance class instead of a sports program, in order to finally hit it off on the dance floor. Apart from his numerous EPs and singles, Füreder has released eight CDs so far.

As a daring global player, he mixes heavy house lounge music with Balkan beats and bossa nova. Latin jazz meets gypsy punk. His hunt for new sounds apparently comes easy to him. No wonder, since he has pretty good access to various global tunes during his many international performances. Given that he finds enough time between live performances and jet lags. The creative network around Parov Stelar has expanded over the years. His band members, consisting of very talented professional musicians, also incorporate their own interpretations into the creative process. Likewise, the Upper Austrian collaborated with the American rapper Blaktronics, as well as the local singers Yola B and Lilja Bloom. Despite his indie label, Parov Stelar has secured his spot in the top rankings of international download charts. He especially celebrates great successes in Eastern Europe and Greece, where he is almost idolized as a pop star.

Bohemia is back – thanks to Parov Stelar.  In the near future, Parov Stelar will definitely have no worries in terms of booking requests and will continue to thrill his audience. The question whether you should rather show up at his live performances with a feather boa and Charleston outfit, or just in jeans and sneakers is simply irrelevant in the quest for good music.
Bibiane Weinberger