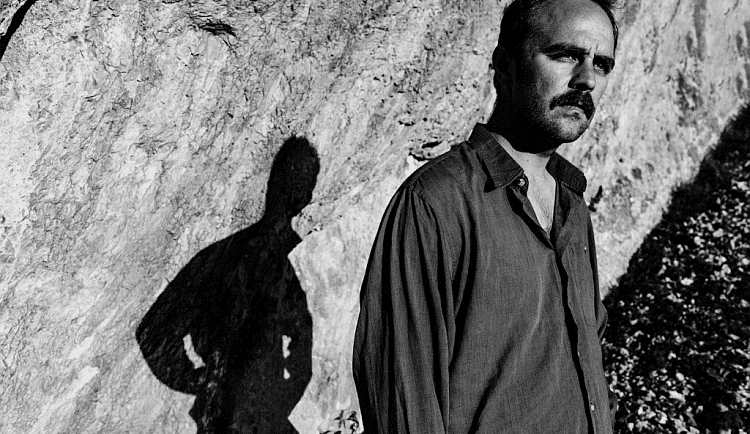 Dark and gloomy German dialect pop which gets under the skin and evokes intense emotions. PAUL PLUT is probably best known as the mastermind behind the two successful bands VIECH and MARTA. But now his solo debut “Lieder vom Tanzen und Sterben” (Phonotron) he is a songwriter capable of hauntingly expressing great feeling and depth.

You could expect a lot from Paul Plut. His qualities are well known, and it is clear that this man can write songs. But what the Styrian-born singer displayed on his solo debut was still unexpected. “Lieder vom Tanzen und Sterben”  reveals itself to be an exceptionally beautiful, dark, musical spectacle. A piece of music that magically draws you into its wake and leaves you almost speechless at the end.

The way in which Paul Plut fills his songs with atmosphere, his filigree melodies, the subtle and gripping way he presents them, how his restraint and minimalism creates something deeply touching and stirring, how each individual tone is given more emotional depth by the combination of his lyrics and rough whispering voice, all of these things put him in a class of his own.

Paul Plut celebrates the dark and melancholy on “Lieder vom Tanzen und Sterben”. The Styrian sings – with a certain twinkle in his eye – about death, failure, loss and salvation. Sometimes he does this in the language of blues or pop, then again with the energy of noise or post-rock. His songs develop an immense intensity, a gruesome and beautiful heaviness, which is rarely found in this form.

The singer-songwriter from Styria has made a strong statement with his first work. One that will definitely not go unnoticed. It is simply too good and unmistakable.