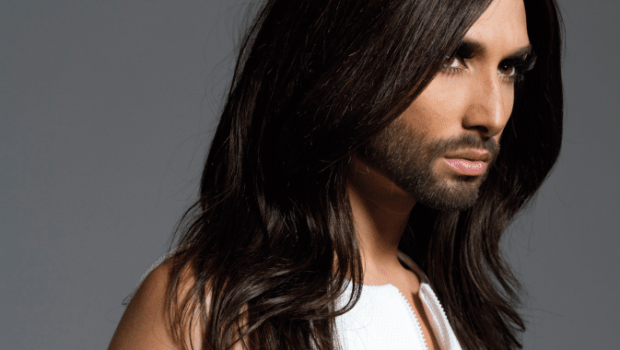 In the world of Austrian mainstream pop you won’t get far without going on TV. Even Conchita Wurst had to trundle her way through the casting shows before she got her chance at doing Eurovision. And yet winning is by no means everything.

There he was, Tom Neuwirth, child of the Austrian provinces, made up as Conchita Wurst on the Eurovision stage in Copenhagen in 2014, belting his bombastic ballad right out into Europe’s living rooms. His three minutes on the mother of all TV casting shows were all that it took, and soon major stars such as Elton John, Cher, Lady Gaga, Karl Lagerfeld and Jean Paul Gaultier came out as Conchita’s fans. All of a sudden, she wasn’t just a singer, but a global ambassador of love.

Success, however, didn’t come overnight. Back in 2006 while he was studying at fashion school in Graz, Tom Neuwirth came second in the third series of Austrian TV talent show “Starmania” thanks to a string of emotional performances. In 2011 Neuwirth’s bearded lady persona Conchita Wurst first divided the nation on the show “Die Große Chance” and eventually ended up in sixth place. One year on, as Conchita succumbed to rap duo Trackshittaz at the televised public vote for the Austrian ESC entry, it became abundantly clear that she would never get majority backing from an Austrian TV audience.

Come 2014 everything was different though. For financial reasons the Austrian Broadcasting Corporation ORF chose to proceed without a public vote, nominated Conchita without giving the audience their say, and she promptly became a global star. So do you need to compete in a talent show to make it big in Austria? Are TV shows springboards to success or even a hindrance on the way to a pop career?

Austria jumped on the TV talent show bandwagon with the launch of “Starmania” in 2002 when international formats such as “Pop Idol”, “American Idol”, “Popstars” and “Deutschland sucht den Superstar” were already at their peak. An average of 910.000 viewers (of a total population of 8 million) watched the first series, and 6 million votes were registered at the final. In 2010, after four series, “Starmania” was replaced first by the short-lived “Helden von morgen” (Tomorrow’s Heroes), then by “Die Große Chance” (The Big Chance), which also opened its doors to acrobats, comedians and dancers. At times a musician might be upstaged by a dog doing tricks.

But how well you score in a TV contest doesn’t necessarily determine how much success you will enjoy later on. Upper Austrian singer Christina Stürmer only came second in the first series of “Starmania”, but has since established herself as Austria’s most successful act since Falco, selling 1,5 million records. Equally, Lukas Plöchl was runner-up at “Helden von morgen”, but instantly stood out amongst his bland competitors. His hip hop band Trackshittaz, who choose to rap in a thick rural accent, created quite a stir on the Austrian music scene, but their career was dealt a blow when they stumbled badly in the 2012 ESC semi-finals.

Currently one of Austria’s most successful pop acts, Julian le Play aka Julian Heidrich only came seventh in 2010’s “Helden von morgen”, but both his albums have since gone top ten and have been high up on the playlist of Austria’s biggest radio station Ö3. The fact that le Play is a DJ on that same station will not have hurt his career either. At the time of writing, le Play’s most serious contenders are a band called Tagträumer. They may have only made it to fifth place on the talent show “Herz von Österreich”, but they subsequently went on to score two top ten hits.

Other ex-competitors like Christine Hödl, Eric Papilaya, Nadine Beiler, Vera Böhnisch, Lukas Perman and Thomas David could not convert their exposure into hits, but have achieved some standing in the pop business.

You could say that TV talent shows open up the widest possible audience to young artists, but you don’t have to win the vote to succeed in the end. Quite the contrary. It seems that singing competitions follow rather different rules than the music business.