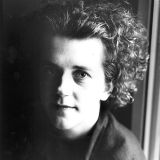 Olga Neuwirth remains a consistently fascinating, albeit a serious young voice in contemporary music today.  Her varied output, collaborative productions in the form of radio plays, theatre music, film and film music, installations and instrumental works are among the finest contributions to these genres, where she has received numerous prizes, most recently winning the prestigious Grand Austrian State prize for Art (2010).

Neuwirth’s composition palette naturally leads itself to be branded exciting, a myriad of amorphous forms, a musical semantic which always demands the listener to remain alert.  One calls to mind the Brechtian notion where he described epic theatre as one where the spectator is turned into an observer, arousing his/her capacity for action.  In Lost Highway, (2002/3) a music theatre work based on David Lynch’s film, her electrically charged fusion of elements from popular film culture, with dizzying labyrinth structures provide a poetically charged landscape for the compositional world to come alive.  Her continued collaborations with numerous artists, such as Nobel Prize winner Elfriede Jellinek, assure that a riveting and intellectually challenging dialogue between the artistic elements always stimulates its own inherent tension.  As Neuwirth explains, it is in a catastrophic place that space for creative fantasy emerges, where extremes, irrationalities can disclose themselves.

Early important Influence came from personal contact with Adriana Hölsky and Luigi Nono.  Her composition studies in Vienna at the Universitaet für Musik und darstellende Kunst (University of Music and Dramatic Arts) were completed with Erich Urbanner in the Electroacoustic Department, her master’s thesis  “On the use of film music in ‘L’amour à mort’ by Alain Resnais”, was preceded by a year at the San Francisco Conservatory of Music (composition and theory with Elinor Armer) and at the San Francisco Art College (painting and film). Later she studied with Tristan Murail, whilst working at the IRCAM in Paris.

Neuwirth’s first full-length opera “Bählamm’s Feast” premiered  at the Vienna Festwochen 1999 where she received the Ernst Krenek Prize for this work. (libretto: Elfriede Jelinek after Leonora Carrington).  Further selected works include the trumpet concerto “… miramondo multiplo…” for the Vienna Philharmonic under the direction of Pierre Boulez and the soloist Håkan Hardenberger, which premiered at the Salzburg Festival (2006);   “… le temps désenchanté…ou le dialogue aux enfer” a sound installation on Place Igor Stravinsky, commission from Centre Pompidou and Ircam, Paris (2005); Portrait-Exhibition “Die Macht der Sprache” (“The power of speech”) together with Valie Export and Elfriede Jelinek in NYC – Austrian Cultural Forum (2005).  Neuwirth’s work “Clinamen/Nodus,” written for Pierre Boulez and the London Symphony Orchestra, was premiered in London (2000).

“I’m not out to preach to anyone, but I want my music to convey ideas about the pain and tenderness that pervades the world, the obvious ambivalence and sense of human futility that surrounds us. I know that art can’t change anything, but art can point to things that have become petrified, and make visible the desolate state of society and politics.”
Olga Neuwirth, in a political speech, Vienna, 2000.
Tamara Friebel