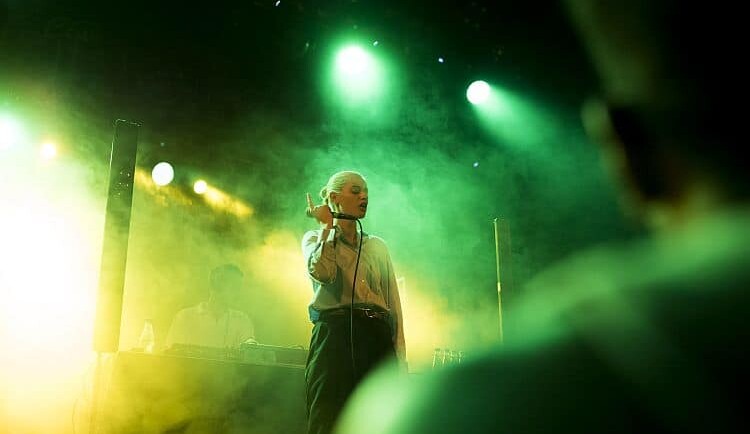 Next to BJÖRK, LORDE and A$AP ROCKY three acts from Austria played at PRIMAVERA FESTIVAL this year: CARI CARI, WANDL and MAVI PHOENIX. Some were luckier than others.

Radiohead or Grace Jones, Nick Cave or Fever Ray, Father John Misty or Cari Cari. Festivals don’t make it easy for us. Especially at Primavera Festival many bands, musicians and rappers who would normally be headliners play side venues. The music selection in Barcelona is large. Oversized, actually. You´ll have to make a decision and you will miss a lot, that is already clear when you arrive. Wandl made the most of this situation. His album “It’s All Good Tho” was the fourth best album last year according to “Musikexpress” – despite the fact that it softly bounces rather than bangs. Instead it shimmers, it is playful, introverted and quite ingenious. For some time now people have been murmuring that Wandl has what it takes to be great, that his Insta-game is on point. For some time now, Wandl has been playing in Europe, and he is definitely on the radar.

But what can you do when Haim, Cigarettes After Sex, The Internet and Panda Bear are playing at the same time? When Mike D of the Beastie Boys and Daphni – the other alter ego of Dan Snaith besides Caribou – have just finished their sets and the way from them to the main stage is too far? You still have to go on stage. Even if there are only a hundred people sitting in front of it taking a break. That was too bad. Shortly before or after the show he posted another Insta-story with short text. Barce*alone*a.

Cari Cari had played on the same stage a few hours earlier. The sun was still in the sky. Most people who have been to the festival wanted to move from John Maus to Father John Misty. There were twenty minutes in between. Their way led directly past the Night Pro stage. You could hear Cari Cari’s music from far away because it was directed straight at the people coming in. These people could see two or three people on stage, one of them playing a didgeridoo that somehow rocked and wobbled, which was certainly worth seeing, because how often you see didgeridoos today. Many stopped. It was impossible to get through on the sides, people wanted to have a quick listen and then move on – you could see it in the expression on their faces – but they were fascinated. Cari Cari took full advantage of the hour.

That worked because they make music that binds. Their minimal rock-n-roll isn’t new, but it is top quality. It is full of ideas, funny to look at, wild in a very cool way. SML and AK from Cari Cari sing and cry as if they had done this from birth, as if they had been born with the blues. And they exude self-confidence – necessary to play such a devilish Jew’s harp without accidentally spitting it out.

Less Mississippi and more Hollywood Hills is what Mavi Phoenix brought to Barcelona. She’s been booked regularly. In order to understand what this means, you may have to go back. Primavera promises a lot of prestige, it is probably one of the best programmed festivals in Europe. Playing here is a highlight of any bands curriculum vitae. That’s why many professionals, bookers, labels, agencies and lobbyists come here. They want to earn money. For them there is a stage in the city centre during the day and at night at the festival where they get a chance to hear the next great thing. On the Day Pro and Night Pro stages there are different rules than for Nick Cave, Deerhunter or Vince Staples. But last year HVOB played a regular show at the festival on one of the big stages. And this year the act was Mavi Phoenix.

She did it twice. One time in the city in an old, beautiful and spacious theatre. The other time at nine o’clock at the Pitchfork stage, which she shared with Sylvain Esso, Arca, Abra, Ibeyi and Lindstrøm. The theatre was full on Wednesday, the classic day of arrivals, with about a thousand people. The setlist was fresh. Mavi Phoenix doesn’t have any fillers. Besides “Quiet”, “Bite”, “Yellow”, “Love Longtime” and “Janet Jackson” there were also some unreleased songs. And of course “Aventura” had to come at the very end. After all, the song had become very famous through a campaign by Desigual here in Catalonia and the three Romanic countries. Mavi Phoenix knew how to talk to an international audience, to tell little stories, and to point out that you have to get your ass moving. If a song isn’t a viral hit yet, you need all of those things because the festival audience wants to be entertained. Luck can’t be forced. But you can challenge it. And Austrian musicians are slowly succeeding in doing this better and better outside the German-speaking world as well.