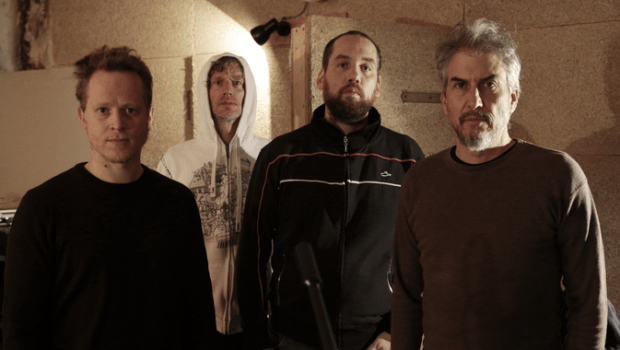 The joint project between the Austrian experimental formation Radian and the American country rocker Howe Gelb is an unexpected musical collaboration, with the resulting album “Radian verses Howe Gelb” (Radian Releases/Trost) being a fine example of what happens when complete opposites collide.

The unlikely pairing of Radian and Howe Gelb initially raises the question of how this project will turn out and if it even makes sense. Musically pursuing completely different paths, the only similarity seems to be that both were signed to the same record label, Thrill Jockey, many years ago. And beyond that? On the one side you have a band that is deeply rooted in the avant-garde context of electronica, post rock, sound art and a little bit of jazz, and on the other, an artist who comes from the alternative country and folk music genre. These two musical worlds could hardly be further apart. And yet, the daring experiment succeeds precisely because of these opposites, with many enticing moments of tension in a new sound universe that defies all odds.

It is striking how extremely reduced and restrained the two parties approach the matter and close the door to any proliferations. The four musicians go back to the basics and work with sketches and hints, instead of usual song structures. The melodies keep the listener’s ears guessing and are carried by computer-generated sounds and noises, supported by beats that are meticulously and sparingly set to complement the refined performance of the analog instruments. This strange musical collaboration works well together, especially with the feature of Howe Gelb’s subtle deep and rough vocal style, which feels oddly fragile, as if it could break apart in the next track.

“Radian verses Howe Gelb” exerts a strange fascination which is not really tangible, but all the more captivating. The momentum of the aural journey through intriguing soundscapes keeps listeners on their toes from the first to the very last tone.