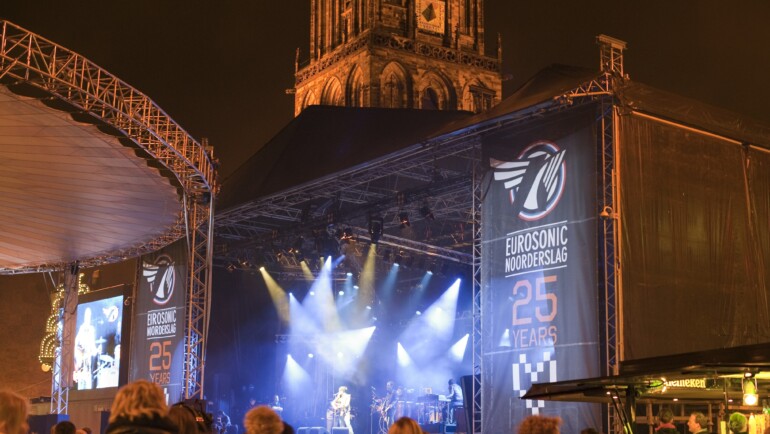 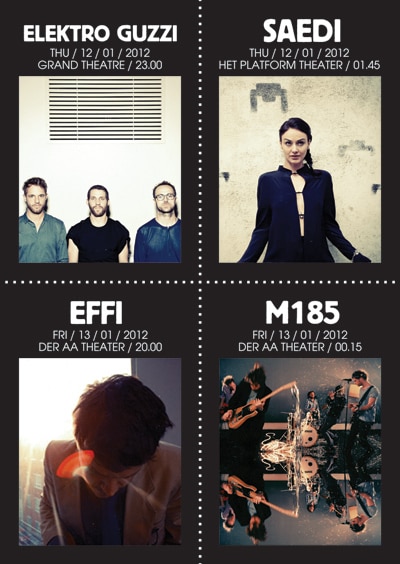 In the beginning of 2012, the European pop music scene will once again gather together in the Dutch city of Groningen. It’s “Eurosonic Nooderslag” time, which means festival organizers, music promoters and pop experts from all over Europe will assemble to get an idea of latest music trends and newest promising acts, which are currently romping around the continent.
In the context of the ETEP Project 2012, Austria is sending the indie-pop act Effi, internationally acclaimed techno-electro band Elektro Guzzi, the alternative rockers M185 and the Viennese singer Saedi.

Good music is produced by just as good and talented musicians and bands throughout Europe. Though at times it seems as if this talent is often not truly recognized, this is exactly what the European Talent Exchange Program (ETEP) wants to support and bring forward. The ultimate goal of this initiative is to increase the awareness of musicians and acts beyond the borders of participating countries, including Austria. Across the continent, artists are offered performing opportunities at various festivals in order to gain new fans and increased recognition. So far, the concept can look back on several past successful years and has worked out perfectly.

These ETEP festivals also include the Eurosonic Nooderslag Festival, which will take place next year between the 11th and 14th January in Groningen, Holland. This festival is particularly unique and special, due to the attendance of many other European festival organizers who are there to discover a whole bunch of new hot acts in the current European pop scene. Quite often, this festival has served young bands and musicians as a catalyst for an international career. The Austrian acts performing at the festival in 2012 have quite the potential to make themselves noticed. This time Effi, Elektro Guzzi, M185 and Saedi will receive the opportunity to represent Austria and get their names out there.