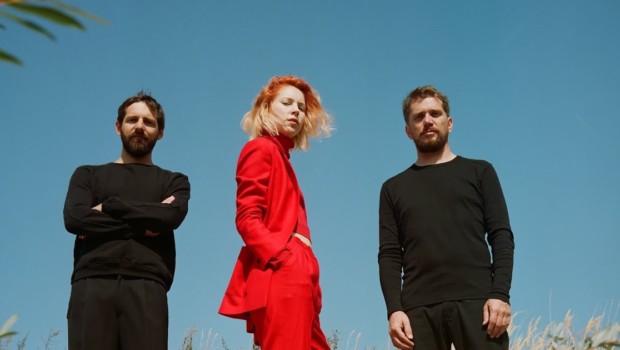 “Manic Acid Love” is as 2018 as an album can be. It’s aggressive, it’s feminist, it’s hard and it’s rousing. SCHMIEDS PULS present the human psyche on an old, tarnished silver platter for your careful inspection. But one isn’t left alone with the dark thoughts, because there is still the voice of Mira Lu Kovacs.

And as hopefully everyone now knows, the voice of the SCHMIEDS PULS and 5K HD singer is something very special. She is like a firefly in the swampy wasteland, like a lighthouse in a stormy sea or like a guide for troubled souls. Her way of singing makes everything clearer and so much more haunting. And yet the music doesn’t play second fiddle. That’s the astonishing thing about SCHMIEDS PULS, that they know how to turn the vocals of Kovacs into an instrument that forms a symbiosis with the other instruments.

They can exist without each other, but do you really want that? Do you really want to do without music just because it is more reserved and subtle? No, not at all. Especially when the power of the work lies in its subtlety. It is not without reason “Manic Acid Love” is called the “loudest” album of the band by press and media. But it’s not a rock, metal or deep house record, it’s not loud through crackling instruments. It’s loud in its restraint and especially in its words. The lyrics are full of anger, honesty and directness. When Kovacs sings that she feels superior, it’s not just a timid assumption, it’s the truth. The curse “Fuck You” is not acknowledged here with a cheeky tongue; it cuts the air like a Japanese sword.

And that also fits, especially when it comes to love and its depths. This is the quintessence of the album, which can be defined as a concept album due to its thematic unity. Schmieds Puls illuminate the poisonous sides of love, the crazy moments in which the breach of trust is too big to start all over again (“Oh (You Lose Me)”). It’s about those moments when you just don’t think you know the person you’re facing anymore (“Run”). But there are also those moments when you have to call yourself to account, when you have to reveal your own dark sides (“Exhausted”, “Don’t Love Me Like That”).

And even if the tenderness of Schmieds Puls never fades, “Manic Acid Love” is a really hard, rough album. And you don’t even have to look at the lyrics to understand what the undertone is. The demanding, seemingly playful guitars culminate in hard riffs. The melodies are twisted and not always accessible. And most of the songs don’t have a classical structure à la Intro-Strophe-Refrain-Outro. So the band moves a little bit more away from the pop influence and towards their very own musical work. And that’s really something special.