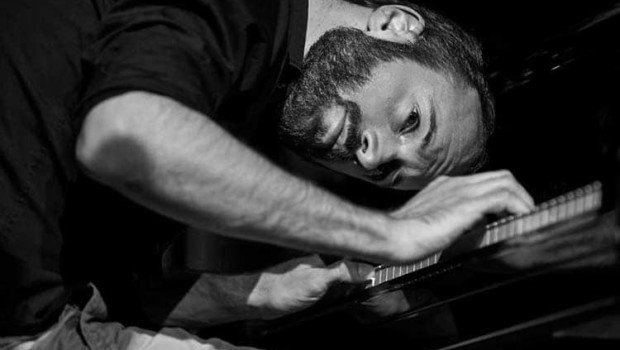 David Six, most probably already a household name to connoisseurs of the young Austrian jazz scene due to his many participations in various projects (Mira Lu Kovacs/David Six, David Six’s Matador, Laura Winkler’s Wabi Sabi Orchestra), is a solo artist on the path of classical music crossing over to jazz, or vice versa, depending on one’s perspective. The composer and pianist artfully spans an arc between these two musical worlds, however, without ever becoming too obvious. It is precisely these blurred lines that add a special flair to his music.