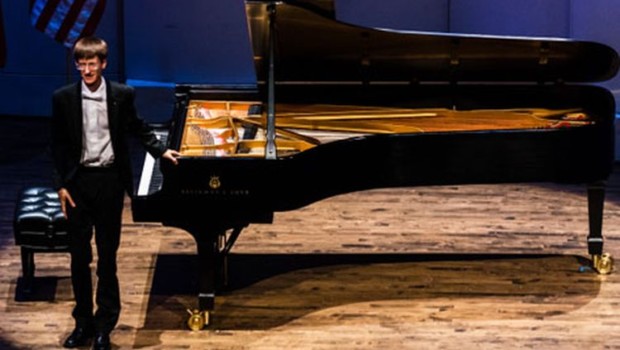 Performances by Florian Feilmair are praised by the press as sovereign and full of nuances – a circumstance that is not a given for a pianist whose birth certificate marks the year 1989. His list of awards and solo performances with renowned orchestras is also unusually long: to name an example, the classical music award “Klassikpreis.Österreich”, which he received for his performance of Ludwig van Beethoven’s Piano Concerto No. 3, together with the Mozarteam Orchestra Salzburg. Besides enthusing audiences and press with solo performances of compositions by Haydn, Liszt, or Strawinsky, Feilmair makes a lot of music with his brother Philipp, a clarinet player. Together, they do not shy away from conventional musical boundaries. No matter what Florian Feilmair brings forth, his interpretations always bespeak artistic excellence and a well-considered refined approach.