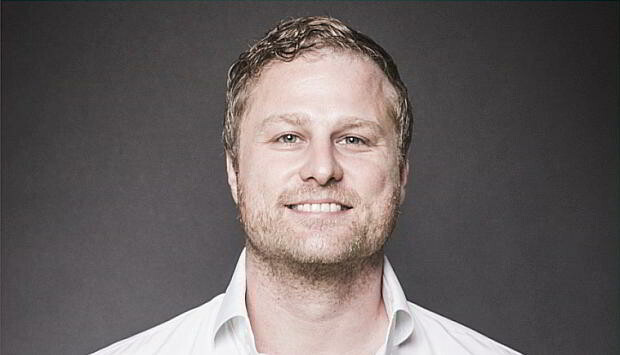 What are two things you can’t do without in the music business? The answer is simple. Someone who makes music, and someone who listens to it. Listeners fill the venues and await the newest releases, whether streamed, downloaded, or physically collected. But it’s not so easy to keep in touch with your fans these days, and fans no longer have such easy access to their stars. SENDMATE is a newsletter marketing tool developed by a young team around CEO, ANDREAS MAHRINGER, and Head of Business Development, STEFAN BAUMSCHLAGER, that was designed to bridge the gap between artists and their audience. SENDMATE lets managers of Facebook fan pages come in direct contact with their fans through Facebook Messenger. It works. STEFAN BAUMSCHLAGER spoke with Ruth Ranacher about opening-rates, secret concerts and superfans.

Sendmate is a smart direct-to-fan marketing tool. What problem are you trying to solve?

Stefan Baumschlager: Music fans follow their favourite musicians on social networks in the belief that they are always up to date. That is not the case, however. Instead, musicians only reach a small fraction of their actual followers via social networks. With Sendmate, they reached on average 92.4% via the Facebook Messenger in September. During some of the previous months we’ve also seen averages above 95%.

You already worked on the notification service Record Bird. Why did Sendmate replace Record Bird in the summer of 2018?

Stefan Baumschlager: Unfortunately we had to admit to ourselves that it was getting harder and more expensive for us and the musicians themselves to get their fans to download a new app and to sign up for yet another service.

Keeping your own Facebook fans up to date with direct messages sounds like a dream come true for every PR strategist. What do the fans get out of it?

Stefan Baumschlager: Fans in the artist’s Messenger audience are always up to date and literally don’t miss out on anything anymore. On top of that, they are usually the first to be informed about new music, events, and other content ahead of everyone else. Not to mention the occasional exclusive they get, such as a look behind the scenes of a video shoot or personal video messages from the artists themselves.

they know the importance of their superfans

What are the first steps you should take as a user – both as artist and subscriber?

Stefan Baumschlager: Subscribers are in total control of the conversation. They’re the ones initializing the conversation by clicking on the Get Started button and can turn off the artists messages with two clicks at any time. Artists have to think a bit about how to greet their fans, what to communicate, how to manage their fans’ expectations as well as how to attract the fans to their new channel in the first place. This comes naturally to most professional artists as they know the importance of their superfans and treat them accordingly by first notifying those fans about new music, videos, events and the occasional exclusives.

Are bots in use? And if so, how many? Can you put together your own bot via Sendmate?

Stefan Baumschlager: No, we are not a bot platform. We’re often likened to a kind of MailChimp for the Messenger generation by our clients.

Can you recommend a special interval rate to keep your fans updated?

Stefan Baumschlager: There’s no one-size-fits-all perfect interval rate, as it varies greatly from artist to artist. Even for one and the same artist I could imagine different lists or groups of fans who want to be contacted differently. For example, an artist could run a tour diary and thus send daily messages to those fans interested in the tour diary. On the other hand, others might only want to be informed about the big and important cornerstones of the artist’s career, such as new release or videos, or when tickets go on sale for the new tour.

Have you been working with testimonials during the development phase? For example, on your website, “Trusted by” mentions Parov Stelar, with over 1 million fans. What have you had for feedback so far?

Stefan Baumschlager: Messaging is still in its infancy in terms of marketing, despite its insane size, rapid growth, and widespread penetration with more than 7.7 billion active monthly accounts worldwide. Parov Stelar was initially not sure if the messenger was right for him, so he tested it with a so-called “dark post”, a post on Facebook that only a certain region can see, to promote his gig in Barcelona. He raffled tickets in order to attract fans from the area into his Messenger. He then contacted those unfortunate ones that did not win with a message including a purchase link to the remaining tickets. The result: an opening rate of 95.7% and a click-through rate of 60.2%. That’s unbeatable. Email newsletters reach on average ~20% and about 3% CTR. (Source: MailChimp) That means we were about 20 times as effective as email in this case.

According to your information the band Bilderbuch have reached almost 98% of their Sendmate subscribers with a link to a live stream of their secret gig. How did that happen?

Stefan Baumschlager: In my opinion, Bilderbuch are among the smartest bands of our time. When FM4 approached the band about one of their secret shows, their manager contacted us with his idea to give away tickets to all people who send Bilderbuch a message via Messenger. The tickets should be awarded fairly, instead of the usual queue of people as a result of the first-come-first-served principle that clearly favours students who, unlike professionals, can more easily skip their daily routine. I reckon it was the right decision to raffle off the tickets that way. Since there aren’t only winners in a game of chance, it was a nice gesture to treat those that didn’t make it to the show with a link to the livestream at least.

Mavi Phoenix, who will play at the ESNS 2019, can also be found among the mentioned artists. What’s the story there?

On Mavi’s website next to a few contact options she’s also linking directly to her Messenger. What are the advantages of this communication method? Do you see any disadvantages?

Stefan Baumschlager: It is tremendously powerful to be able to directly, and in a personalized way, reach almost all of one’s fans with your content. I guess that isn’t obvious to many because they’re often unaware of the reality, however, at the moment you reach about 1-3% of your fans (= Likes) via the Facebook Newsfeed organically. It may be 10-20% or even a bit more on Instagram. And as I said, email newsletters reach 20% on average. Efficiency and effectiveness are the main benefits, but there are other reasons to favour the Messenger. First, the cost is tiny compared to the benefits: for the price of two fancy coffees per month, you can reach up to 1000 of your fans as often and whenever you want. I personally do not see any disadvantages. However, you have to be mindful of the trust your fans bestowed upon you by signing up to your Messenger audience.

Can you tell us a bit more about working with Mavi Phoenix? Or with James Hersey, who has already made a name for himself internationally?

Stefan Baumschlager: James Hersey very cleverly used Sendmate to inform his fans about his sticker campaign for the promotion of the single “Real For You”. Fans could apply for the promotion via the Messenger and James then picked a few to send some stickers (#realforyou) to. He then honoured those that posted cool pictures with the stickers including the hashtag via Instagram with a repost. That’s a great thing for true fans who effectively became his street team.

Stefan Baumschlager: Direct communication with virtually no wastage, unprecedented engagement, and effortless activation of one’s core fanbase (superfans) will hopefully result in increased efficiency and effectiveness, which should significantly simplify marketing efforts for domestic and international bands and artists alike.

What must or can a musician bring to the table? Isn’t the basis for a successful use of Sendmate first and foremost a large Facebook following?

Stefan Baumschlager: That would of course help, simply because an opportune starting position is always an advantage. However, even a young band at the beginning of their career can score valuable points with the right use of their available means and channels. It’s what you have and do with it! Even a local band with 250 fans in their Messenger audience could easily sell out the Chelsea in Vienna, as long as the fans all live in Vienna.

The first 250 subscribers via Messenger are free. What tips do you have for someone who is just starting to develop a marketing strategy for his band project?

Stefan Baumschlager: With 250 fans you can already do a lot. To every band and artist, I would recommend the following: get your core fanbase into the Messenger and use the direct connection with them to your advantage by informing and mobilizing them quickly in the precise way you want to. Furthermore, I would try to get at least approximate locations from the majority of them and use that data cleverly to play gigs in the opportune cities.

Is there anything that you wish for the music business in Austria?
Stefan Baumschlager: To wish for higher art and cultural subsidies and support for young musicians to tour abroad would be the most obvious choice I can think of. I reckon that’d be really useful. In fact, any international exchange with bands, bookers, promoters, showcase festivals from all European countries is a desirable goal. Maybe we will be able to build cultural bridges with the British again, especially now that they are adamantly isolating themselves.

Thank your very much for the interview!