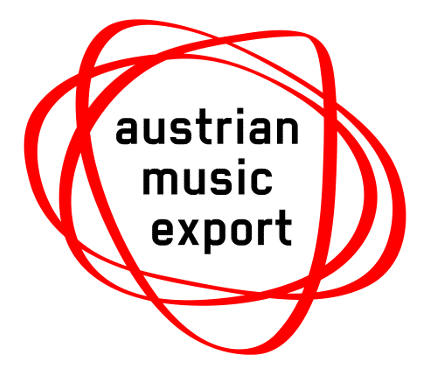 The “Austrian Music Box” is a high-value fivefold CD box, which is available as a musical calling card for institutions in the music world as well as foreign trade offices and is presented at international music fairs. 90 tracks were compiled by five genre curators :

The implementation of the project included licensing of the titles, production, funding billing and subsequent distribution.

As part of the five-year collaboration with the Eurosonic Festival (ETEP program 2012-2016), the biggest European showcase festival, the Austrian Music Export presented four local artists together with mica – music austria, the EBU radio station FM4, as well as the Austrian Frequency Festival and Nova Rock Festival.

The participating artists and their representatives (management, booking, labels) were prepared with a workshop, the performances were advertised with newsletters, invitations and flyers.
In addition, by participating in networking meetings at the festival,existing collaborations with European partners were reinforced and new projects were developed.

“Austrian Night” In cooperation with the organizer of the Austrian joint booth at MIDEM: Presentation of the Austrian Music Box with live performances by !DelaDap, Herr Tischbein, Mika Vember, The Danubia Saxophone Quartet

Austrian receptions and performances by local artists were planned and carried out at the Berlin Music Week and the Reeperbahn Festival together with Mario Rossori and other organizers.

Performances by Austrian artists were realized at numerous industry events and showcase festivals – funding of travel costs were partly supported by the Austrian Music Fund, partly in cooperation with the respective Austrian Cultural Forums.

As an initiative to foster and strengthen the economic relations between the Austrian and international music industry, a series of events were held under the title “Vienna My Love” to present local artists in other European countries. In the guest countries, the Austrian Music Export collaborated with local partners in the areas of artist selection, event production and local public relations. National partners were the WKO / FAMA, AWO go international and the Waves Vienna Festival.

In conceptual agreement with the guest countries of this year’s Waves Vienna Festival, the first networking and showcase events were held in Paris, France, and Warsaw, Poland.

With 10,800 visitors and 517 delegates from 30 different countries, the Waves Vienna Festival and the connected Music Conference was even more successful and internationally better attended than in the previous year. The 139 participating bands and DJs came from nearly all parts of the world. Music from Austria was prominently represented with over 50 acts, as well as those from Eastern Europe (23, including 9 from Poland, one of the year’s guest countries), true to the slogan “East Meets West”

Website (www.musicexport.at) and International Newsletter:
Concept and implementation, ongoing content creation – English reports about international releases and tours of local artists, national and international industry events as well as own and collaborative projects

Production of information material and interviews: among others for orf.at, Die Presse, The Gap, TBA Magazine, Wavesnet Magazine

Workshops on the subject of Music Export, as well as ongoing counseling and information services for local musicians and labels