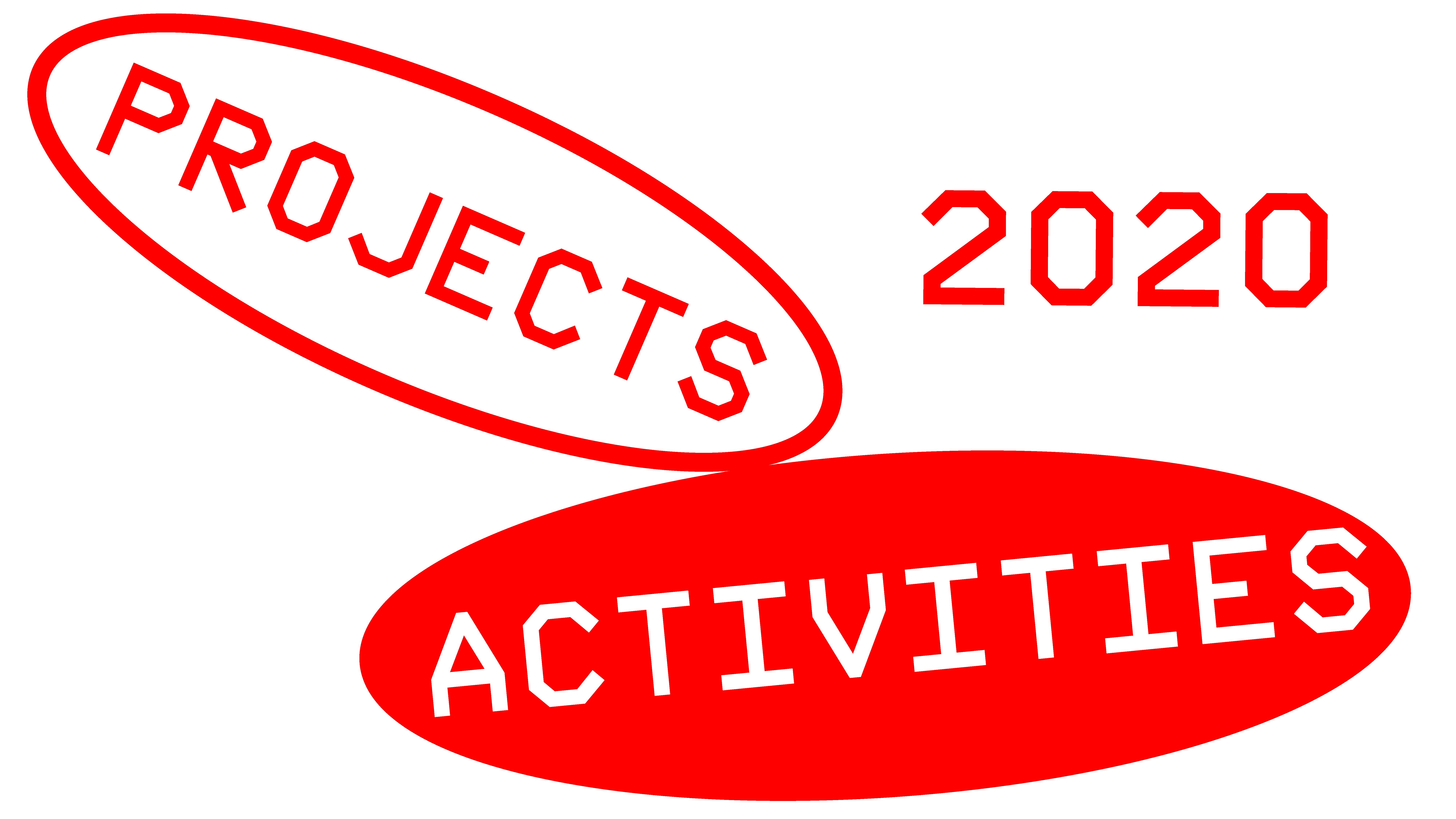 The tenth year of Austrian Music Export’s existence was most certainly filled with unprecedented challenges. The global music community faced numerous obstacles and had to create and adjust to alternative formats of providing stages for deserving local talent and keeping in touch with close international partners. After the first insecurities, the virtual world that opened up before us became an immense well of opportunity that we learned to navigate as a community.

With the help of our international partners and supporters, we were able to find ways to work within the new virtual world that lay in front of us. This year required us to be more innovative and flexible and we found new ways to promote local talent in sustainable and novel ways.

Let’s look back together on 2020 and the emerging artists that made this year worthwhile –  a year that highlighted the tightly-knit networks we have built over the years, that hosted live, hybrid and digital festivals and against all odds held great international opportunities.

Eurosonic Noorderslag 2020 has been a very exciting festival edition for Austria. Onboard were the XA 2018 winners DIVES, XA 2019 winners ANGER and indie-rock shooting stars MY UGLY CLEMENTINE. ESNS also featured some familiar faces: Anna F. is back with her highly promising indie project FRIEDBERG, and Austria’s probably most famous singer, CONCHITA WURST, brought a new artistic identity on stage. The avantgarde-pop formation 5K HD are one out of eight acts to win the Music Moves Europe Talent Award 2020! All winners were revealed during a vibrant award ceremony hosted by the glamorous Austrian singer Tom Neuwirth in the Stadsschouwburg of Groningen.

With over 18.000 total participants, the Waves Vienna Festival and Conference was able to showcase Austrian talent in new dimensions. The challenges of hosting a successful festival and conference on-and offline have been transformed into new opportunities. With the help of an elaborated hybrid setup, it was possible to reach a broader audience and allow people from all over the world to access valuable panel discussions at the conference, enjoy new Austrian music from home or at public viewing sessions at the venue WUK in Vienna. More than 70 international and national acts were able to perform in the hybrid showcase including popular artists from the respective focus countries UK and Ukraine. The audience was highly receptive of this new way of experiencing music: 17.456 people enjoyed the showcases online next to the 533 participants and guests on the ground at WUK.

The 10th edition of the Waves Vienna Festival came to a close with a highlight: the XA – Music Export Award was given to the Viennese Singer OSKA.  Out of the eight nominated newcomer acts, she was able to convince a jury consisting of international and national professionals with her outstanding performance. The winner of the XA can count on elevated support from the award partners Austrian Music Export, Radio FM4 and Waves Vienna – among other things by presenting the act to partner festivals and at showcase events.

In addition to musical delight, industry professionals were able to gather to discuss recent challenges in various sectors of the music industry. Among other relevant issues in the music industry, panels were dedicated to each of the focus countries UK and Ukraine in the spirit of “East meets West” to serve as a catalyst for pan-European cooperation within the music industry.

The conference part of the Primavera Sound Festival – Primavera Pro – took place digitally from July, 21-24. It was organized as an online platform, welcoming professionals, speakers, artists and institutions to a digital meeting point in which to debate and share thoughts and ideas on the present of music and its most immediate future. On this occasion, each country has prepared a special video clip for the conference as a teaser for the acts that will perform live on stage next year. Austrian Music Export has contributed an exclusive music video featuring edgy dream-pop-duo Anger and indie-grunge-rock-supergroup My Ugly Clementine in concert at Grelle Forelle, Vienna.

The hybrid edition of Reeperbahn Festival presented two Austrian acts, ANT ANTIC and VOODOO JÜRGENS, in a reduced implementation of its usual event in September. A little later, the c/o pop Festival in Cologne featured three Austrian artists in its virtual “xoxo edition“. From October 21-24, YUKNO, OEHL and OSKA were presented to a German and international audience via video showcases, interviews and special features.

At the ELEVATE Festival in March, thirteen Austrian acts allowed the audience to experience lots of exciting new music and art. The event once again presented a diverse mix of lectures, panel discussions, workshops and documentaries on socio-politically discourses. Listen to a selection of tracks from the Austrian acts in our Spotify playlist.

Fortunately, all of the collaborations planned in the field of Jazz in Austria this year could take place, albeit in a modified form. The Jazzfestival Saalfelden became a “Jazzweekender Saalfelden” with almost exclusive participation of Austrian artists and fewer promoter invitations due to the travel restrictions. The “Kick Jazz” festival at Porgy & Bess in Vienna took place via live stream and was able to attract various promoters from around the world.

2020 was also the year in which the European Commission has published a “Study on a European Export Strategy”, an in-depth analysis on the status of European music’s export capacity (both within the EU member states and internationally) outlining the main challenges of the sector and proposing practical solutions to enhance and strengthen the competitiveness of Europe’s music sector on the international market.

The research – which is the product of a yearlong work carried out by a consortium of partners led by Le Bureau Export with AME/mica – music austria, KEA and Factory 92 – looks into the main issues, opportunities and operational tools to increase the cross-border circulation of European repertoire in the world. The analysis is an effort to define those issues and come up with a toolbox to address them in a practical manner that can be carried out by the European music sector with the Commission’s support, with the ultimate aim of promoting Europe’s music diversity and talent beyond European borders.

“It was an incredibly instructive and exciting experience for us to be able to work on this study as part of the consortium. The study represents an important step towards achieving our common goal: to build a unified and strong European market and create a framework for European artists and their economic partners, which will lead to a competitive European music market, thus ending the current Anglo-American dominance in the music sector. Music from Europe is incredibly diverse and of high quality. Apart from the economic benefits, it is one of our most important identity-giving and people-uniting cultural assets; it should find its audience worldwide”. Franz Hergovich

The publication is the result of a call for tenders launched in 2018 as part of “Music Moves Europe”, the initiative through which the European Union looks at new ways to articulate dialogue, policy and support for the music sector in Europe. The main objectives and toolbox included in the Study were tested and widely accepted by representatives and stakeholders from across the music sector in Europe at the first Music Export Conference held in Brussels in October 2019 and organized by Factory 92.

In a second call that was intended to build on this study, an international consortium under the leadership of mica – music austria / Austrian Music Export was selected by the EU Commission in December 2020 to implement the strategies and to investigate the effects of the pandemic on European music exports and explore approaches for the international promotion of European repertoires. We are excited to bring these strategies to live!

Shifting the focus on promotional projects led to a deeper collaboration with our long-standing partner Factory 92. Together, a series of mailouts was conceived to support artists and labels that released records in 2020. Especially young artists that missed out on the usual international presentation platforms were highlighted. The recipients of the email campaigns were German media and radio stations as well as an international B2B audience.

Despite the unfavourable circumstances, the outstanding musicians selected for this year’s NASOM program enjoyed great international attention. With new formats such as live streams from the renowned jazz club Porgy & Bess and various online appearances for embassies around the world, they proved their outstanding flexibility and demand by the international community.

With the hope of a gradual reopening of the live music sector in 2021, we are looking forward to collaborations with all our partner festivals and are excited to see emerging talent from around the world again.

In January 2021, the Dutch Eurosonic Festival will again feature Europe’s most promising up-and-coming artists and virtually gather the most important stakeholders of the music industry. From Austria, OSKA, Lou Asril and Alicia Edelweiss will perform at the digital edition. After an impressive performance in 2020, My Ugly Clementine will also be back at the festival. Together with 15 outstanding artists from all over Europe, the Austrian indie rock band was nominated for a Music Moves Europe Talent Award 2021.

In the field of Jazz, we will be starting the artist mobility project “Footprints” together with partners in France, Poland, Slovenia, Norway, Netherlands and Austria.

Even though we are excited about some more live events, we will continue to create more digital content over on our YouTube channel and social media. Can’t wait for the upcoming showcase festivals to find emerging talent from Austria? One of the great connoisseurs of the local music scene, Michel Attia (Radio FM4), has put together a personal talent forecast for 2021.

We are excited to see you again next year and wish you all the best until then.