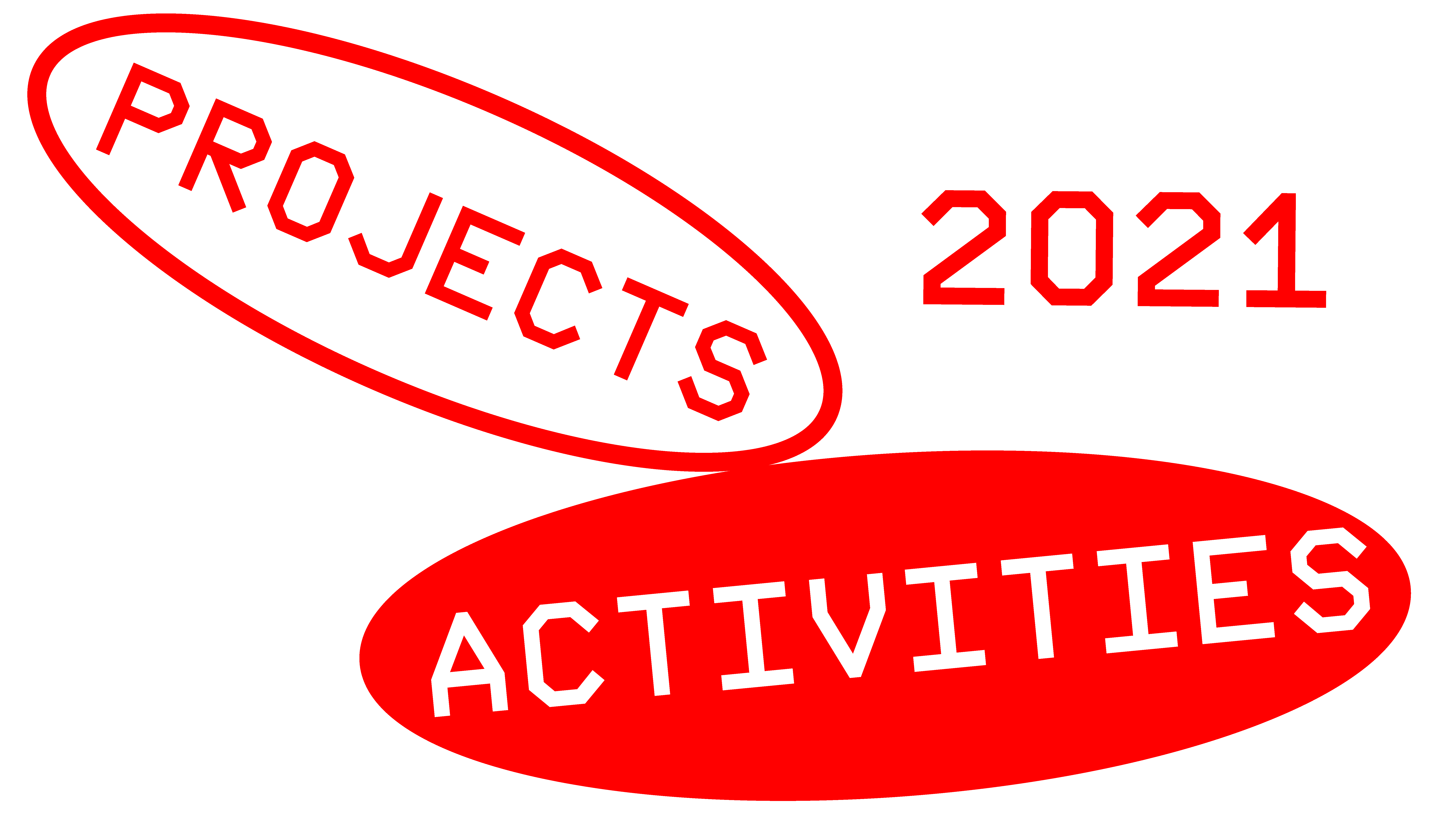 The eleventh year of AUSTRIAN MUSIC EXPORT’S existence was, unsurprisingly, filled with special challenges. What began as a shock to the domestic and global systems in 2020, continued into 2021 as something like a pesty splinter in the foot, which still hasn’t been removed completely. Accordingly, the international music community continued to face numerous obstacles this year, having to create and adjust to alternative formats to provide stages for deserving local talent and, as well, keeping in touch with close international partners.

All of this, while juggling the unpredictable oscillations between periods of “back to normal-ish” with sudden screeching brakes and relentless rearrangements, due to the changing conditions of the pandemic. Nevertheless, the roller coaster has not been without its silver linings. The virtual world that has opened up before us has become an immense well of opportunity that we learned to navigate as a global community. Equally, the pauses forced upon us, gave many artists, music industry professionals and non-profit organizations such as ours, the time and space to reflect, re-orient and re-envision various aspects of our work and objectives, for now and the future.

With the help of our international partners and supporters, we were able to find ways to work within the new virtual world that lay in front of us. This year required us to be more innovative and flexible, and through it, we found new ways to promote local talent in sustainable and novel ways. Let’s look back together at 2021 and the artists and projects that made this year worthwhile – a year that highlighted the tightly-knit networks we have built over the years, that hosted live, hybrid and digital festivals, and, against all odds, held great international opportunities.

In 2021, BMKÖS and BMEIA funding once again supported numerous artists for their international performances and tours under the title: Focus Acts. The chosen artists for 2021 were: Bernhard Eder, Bilderbuch, Cari Cari, Manu Delago, Marina & the Kats, Please Madame, Rojin Sharafi and Takeshi’s Cashew.

With the pilot project Focus Marketing, the international marketing and communication of Austrian artists was supported for the first time. Within the framework of the call for proposals issued via Austrian Music Export in April 2021, 76 applications were received. The eleven funding commitments went to the groups Shake Stew, Cari Cari, Catalytic Artists, Dives, Pauls Jets, Elektro Guzzi, Mavi Phoenix, Yasmo, Katharina Klement, Ralph Mothwurf Orchestra and the Schallfeld Ensemble. The maximum contribution per submission was 5,000 EUR. A continuation of the program for 2022 is envisaged, but requires an appropriate endowment.

In the EMX (European Music Export) project – Implementing Steps to Develop and Promote European Music – in which mica – music austria / Austrian Music Export is leading a consortium of European organizations, numerous projects were already implemented in 2021. The study on the impact of COVID-19 on European music exports was submitted to the European Commission. Within the framework of the training programs, workshop days in Amsterdam and online modules for 45 participants from 19 countries took place in autumn, a one-week digital trade mission to Canada with a focus on Hip Hop & Rap took place in early December, as well as a fact-finding mission to Mexico.

With MEWEM Europa Austria joined 5 other countries in the European effort to promote women and gender minorities in the music industry. By organizing workshops, group meetings and regular meetings with their designated mentors, mica – music austria / Austrian Music Export aims to support them on their journey in the music industry, that is still coined by structural inequalities, especially when it comes to leadership and decisions-making positions. The goals range from handling a successful and professional album release to expanding networks, orientation in the music scene and a more confident presentation of one’s skills and repertoire. The matching of the pairs, carried out by mica – music austria, was a success, as well as the meetings and workshops, with inspirational speakers, such as founder of female:pressure Susanne Kirchmayr aka Electric Indigo, Theresa Langner of Assim Records, Karin Wolf of Institut für Kulturkonzepte, among others.

Since 2020, the Federal Ministry of Austria for Arts, Culture, Civil Service and Sport (BMKÖS) has been working on a Fair Pay strategy, together with the federal states and the Austrian Cultural Council. Fair Pay has also been an important issue for mica – music austria, therefore, among other things, the article “Minimum fee recommendations for the music sector in Austria” on the mica site was expanded with detailed explanations. At the kick-off for the development of the BMKÖS’s arts and culture strategy, mica – music austria was represented several times in various working groups in order to contribute its expertise to this important initiative.

With “Crossways in Contemporary Music” a new focus was launched in 2021 to take a closer look at contemporary music in different thematic areas. These areas include nature / dance and choreography / visual arts and installations. In-depth article series are presenting outstanding works and provide insights into the diverse working methods of Austrian composers, such as Elisabeth Harnik, Klaus Lang, Peter Ablinger, Julia Purgina, Angélica Castelló, which (among numerous others) focus on aspects from nature. In the field of dance, an article highlights the collaborations of Christine Gaigg and Bernhard Lang, Jorge Sánchez-Chiong and Brigitte Wilfing, or Melanie Maar and Christian Schröder, for example.

In the jazz sector, a professionalization program for managers and agents was also launched together with the European FOOTPRINTS project. From Austria, long-time artist manager Tom Tanzer (Manu Delago, 5K HD and Low Potion) participated in master classes and workshops with experts. In addition, the young Austrian band Purple is the Color was selected for the “Footprints Jazz Connective Project” for workshops and the International Jazz Platform in Poland.

The upheavals in the live field continued in 2021 due to the pandemic. The Eurosonic Noorderslag (ESNS) Festival presented purely virtual shows, including from My Ugly Clementine, OSKA, Lou Asril and Alicia Edelweiss. Complementing this, the “European Music Week” was a Europe-wide campaign launched by EBU radio stations.

In February, the pan-European organization for independent music labels IMPALA presented the European Independent Album of The Year award. For the first time, the prestigious award went to an Austrian group. My Ugly Clementine won the award for their critically acclaimed debut album “Vitamin C.”

My Ugly Clementine and Alicia Edelweiss were able to present themselves to an international audience of professionals through recorded video showcases at Westway Lab (PT) in April. The c/o Pop (DE) festival featured concerts by Sharktank, Gazelle & The Bear, My Ugly Clementine and SALÒ in a similar way. Ment Festival (SLO) moved the 2021 edition to summer and presented Sharktank and FARCE live in Ljubljana.

In September, a selection of 16 up-and-coming artists from Austria – including Buntspecht, Mavi Phoenix, Florence Arman, Elis Noa and OSKA – were able to perform at Reeperbahn Festival 2021 to represent Austria at the 16th edition of Germany’s biggest club festival. Florence Arman and OSKA were also among the six nominees for the ANCHOR – Reeperbahn Festival International Music Award.

In 2021, the Waves Vienna Festival could be held in person under strict regulations. The event was carried out extremely professionally under these difficult conditions, and the national and international feedback from the participants was extremely positive. The race for the XA Export Award 2021 was won by Florence Arman with an impressive live performance. Once again, Austrian Music Export partnered with Waves to create the Waves Conference this year focusing on countries from the Danube region

Spring also brought a virtual realization of jazzahead! in Bremen. Among the 40 bands presented digitally were Austrian musicians Synesthetic 4 and The True Harry Nulz.

The exciting international festival Global Toronto invited Golnar & Mahan Trio to perform, however, the festival, as well, went online, and the show was presented via stream.

The first Czech-Austrian showcase festival, CENTRAL EUROPEAN JAZZ SHOWCASE, brought Czech and Austrian artists together live in Brno in June. The music and culture of Austria was also the focus of the Münsterland Festival in the fall of 2021, with a lineup of around 30 Austrian acts.

Two acts from the Austrian jazz scene received international recognition in 2021: both the septet Shake Stew and guitarist and composer Wolfgang Muthspiel were awarded the DEUTSCHER JAZZPREIS in two different categories.

Austrian Music Theater Days, an initiative of Austrian Music Export and the Musiktheatertage Wien, in cooperation with the Music and Arts Private University of the City of Vienna and the Carinthian Summer, had to take place online in June 2021. Online contributions came from Margarethe Maierhofer-Lischka and Johannes Kalitzke, along with discussions and networking opportunities with international organizers and platforms.

Together with AUSSENWIRTSCHAFT AUSTRIA, Austrian Music Export was able to use the festival break to offer export-oriented music companies, labels and publishers, agencies and management a virtual program and launch the “Around the World” project. In a series of webinars, selected music markets in South America, Africa and Asia were highlighted, global trends were discussed with selected experts, and networking with international colleagues was promoted. In spring 2021, the focus was primarily on digital growth markets with Brazil, Mexico, South Africa, India and South Korea.

Together with our agency partner Factory 92, young local Austrian artists were again presented to German media with a focus on radio stations, as well as an international “B2B” audience. In 2021, a cooperation with Stefan Trischler/Radio FM4 highlighted the Austrian hip-hop sector in particular.

As always, the music year starts off with the Eurosonic Noorderslag (ESNS) festival and performances by Europe’s most promising up-and-coming artists in the Netherlands, including from Austria. Recently, the event shifted to an online version only, so while originally invited to play live in Groningen were Sharktank, Florence Arman, Sofie, Takeshi’s Cashew and ARAMBOA, the only act travelling there will be Friedberg, who will be performing a live show for streaming in honor of their nomination for the “Music Moves Europe Award 2022”.

Our strong collaboration and involvement with EMX will continue into 2022. Notably, the new project “Waves Central Europe (WCE)” was selected after a call for tenders for an International Delegates Tour, and will connect professionals from Austria, Czech Republic, Hungary, Slovakia and Slovenia with an international delegation from Russia, Ukraine, Belarus and Moldova in April 2022.

Even though we are hopeful for more live events than digital ones, we will continue to create and share more content for and on our YouTube and social media channels. Can’t wait for the upcoming showcase festivals to find emerging talent from Austria? One of the great connoisseurs of the local music scene, Michel Attia (Radio FM4), has put together a personal talent forecast for 2022.