In recent years the local pop scene has experienced a renaissance. For a long time many denied or simply ignored the fact that this country has established a more than lively and multifaceted music scene of various styles far from the radio-compatible pop mainstream. Partly responsible for this positive development are numerous established indie labels that have become home to many talented and promising acts. One of these labels is Siluh Records, powered by Bernhard Kern and Robert Stadlober. 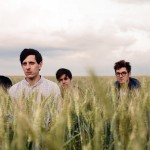 Starting a label in the local music scene often requires a high degree of idealism and a lot of courage. The chances of success to maybe someday recover from the costs of investing are kept within limits. Especially in a time when not many wanted anything to do with a very vibrant, diverse and extremely creative music scene.

This is similar to the situation in Vienna in 2005. While there were many immensely talented bands and musicians in the underground, apart from some true scene experts, only a few really took notice. But this all changed in one fell swoop. Almost like mushrooms sprouting from the ground, many new indie labels were established with a focus on pop music from the German-speaking realm. Labels such as Clara Luzia’s Asinella Records or Fettkakao. And of course Siluh Records. 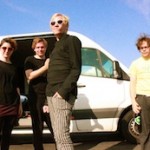 What unified the founders and operators of these small indie labels, then as now, is surely their passion and love for music. This is probably the main reason why Bernhard Kern and Robert Stadlober, who were and are still musically active, took it upon themselves to try their luck in the label business. The two agreed that especially Vienna holds a vast array of high quality acts that apply to the niche that is still often referred to as “indie” and that it would be totally worth it to promote this scene. 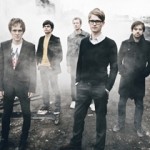 From the very beginning the label owners did not limit themselves to any stylistic boundaries in the selection of their bands, although from today’s perspective a certain preference for varied alternative guitar rock cannot be denied. Nevertheless, they started off with an openness to all sides, which is also underlined by the first releases of the label. Melodic guitar pop in the tradition of the Hamburg School (Tchi) had its place as well as highly fascinating large-scale sound experiments (Thalija) and excellent anglophone singer-songwriting (A Life A Song A Cigarette).

In an interview with the Austrian radio station FM4 Bernhard Kern and Robert Stadlober formulated their credo as follows: “If you somehow see or hear career ambitions of a band, it immediately becomes unappealing. We are interested in artists that make music because they want to make music and not because they want to be a musician!” 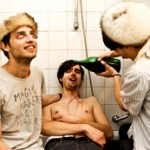 What started on a small scale with little money has now grown into a truly successful project. Almost all signed artists have made a name for themselves in Austria and beyond its borders. Bands such as A Life A Song A Cigarette, Killed By 9Volt Batteries, Gary or Francis International Airport are household names of connoisseurs of the local music scene.  A recent example of the solid musical taste of the label owners Bernhard Kern and Robert Stadlober is the Viennese combo Sex Jams, which caught a lot of attention with their debut album and are currently recording their second album.

As always, Siluh Records has a lot in store for us, with new singles and tours by the already mentioned Sex Jams, Robert Stadlober’s band Gary, Luise Pop, Sweet Sweet Moon, and and and… Be sure to stop by the label’s website for the latest updates on tours and releases. The future of the label is bright and holds promise that they will continue to delight us with excellent music and exciting acts.
Michael Ternai
(translated from German)