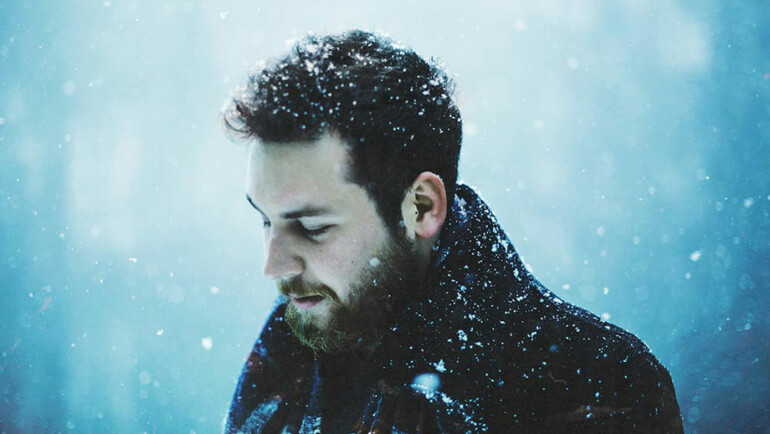 With his debut single “All I Am” the Viennese singer-songwriter and former street musician Simon Lewis first seemed to come out of nowhere. True to his motto, that we can only achieve happiness when we drop our masks and stand by ourselves, Lewis gave everything. He opened his soul. In “All I Am” Simon Lewis speaks of dreams, wishes, love and regrets. “All I Am” quickly achieved airplay at public radio stations and made it into the Top 40 airplay charts in Austria. Inspired by the tremendous response, Simon Lewis started to work on his debut album.

To write from his heart, he moved to the house where his grandmother has lived, to the mountains, to Kufstein. For several months he stayed in Kufstein, surrounded by fresh air from the mountains and returned focused like a pilot – a pilot with widespread wings and wide eyes. In Karmarama Lewis found a label that welcomed the man with the husky voice with opened arms.

“Pilot” is the title of Simon Lewis’ debut album, which blends inspirations from The Calling, Lifehouse, James Morrison or Kings of Leon and Mumford & Sons. But Simon Lewis is the pilot of his very own story. These days his music leads him to Germany where he is touring the major cities like Berlin, Hamburg and Munich. And the former busker is a nominee at the Amadeus Austrian Music Awards 2019 (category: Pop/Rock, Best Sound). So fasten your seatbelts.

SIMON LEWIS – ALL I AM TOUR