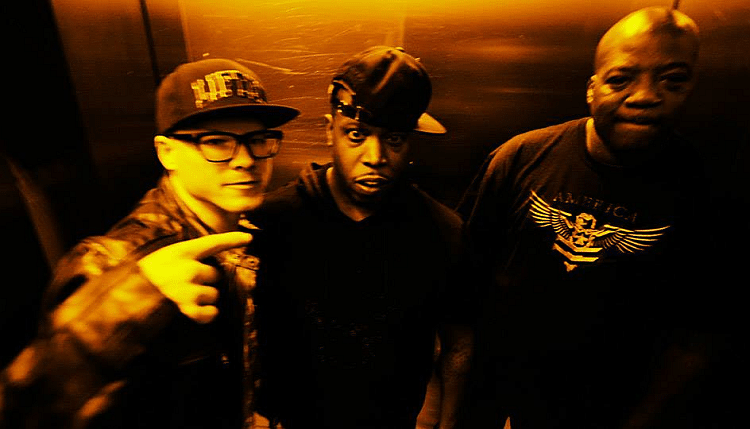 Straightforward and simply a brilliant comeback. Stephan Kondert together with a genuine all-star group behind him has brought his project SK Invitational back to life in the most grandiose manner. Their new album “Golden Crown” (Kopfhörer Recordings/Groove Attack) is set for release on the 17th of February.

Stephan Kondert gave himself some time for the release of the third SK Invitational album. The previous release “Raw Glazed” came out in 2010. Of course, that might be because the busy bassist, producer, and composer was busy with other things the last couple of years. Like a lot of touring with his band Ruff Pack. But the idea of gathering his musical heroes and friends together to give the large-format big-band sound a fresh coat of paint was just too tempting for the Salzburg born and New York based musician. Now, with “Golden Crown” it is here, the long awaited return of his favourite project. And if there is one thing to say about it, it’s that it will blow you away in the most elegant and yet laid-back way possible.

Stephan Kondert’s music breathes the air of the city it was born in. It is the sound of New York, the capital of jazz, hip hop, funk, R’n’B and soul, that gives the offering it’s special character. It’s ruled by the fat beats, broad and punchy brass, and cool grooves that get every head bobbing to the beat. And then there are the melodies, raps, and hook-lines that anchor themselves in your ear-canals. Peaceful moments that let you lean back and relax, constantly reoccurring experiments and, and, and…

This diversity turns every single song into a fascinating story. Part of the responsibility is also carried by the artists, a collection of names that includes some of the most currently exciting singers, rappers, and acts from the U.S.A, England and Austria: M.O.P., EdoG, SadatX, Homeboy Sandman, TY, BlakTwang, John Robinson, JHoard, Lylit, Jahson the Scientist, Horst Raimund and Baritone MC Kenzie. If that wasn’t enough, sixteen other exceptional European musicians are also on board.

There is a lot of really fine things happening on “Golden Crown”. Stephan Kondert has proven himself to be a musician who doesn’t shy away from the challenge of a massive project. And all of the effort he put into the creation of this album has paid off. What he has presented is an exciting piece of music that will not go unnoticed.