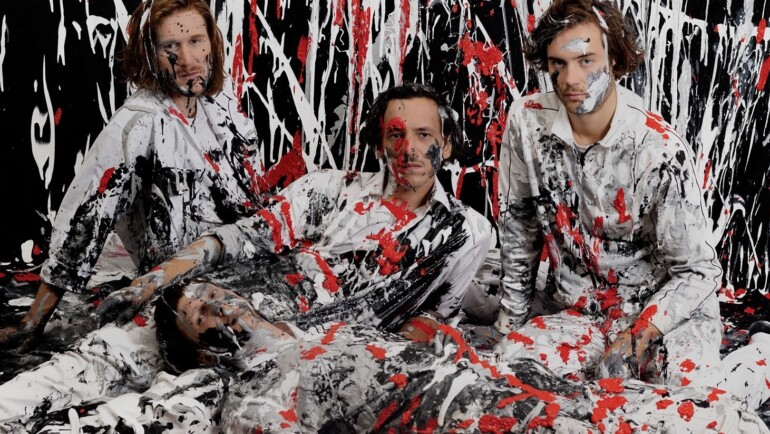 How small one’s own problems are after all, when you look at the big picture – is the sentiment expressed by the band SLUFF with the music on their new album “World Wide Worries” (Numavi Records). It’s the result that comes out when you combine four passionate musicians with a pinch of humor and some guitars.

From dreampop to indie to shoegaze – it’s rather difficult to assign a clear genre to Sluff. However, one thing is beyond doubt: The songs of Martin Zenker (guitar and vocals), Konstantin Heidler (drums, vocals), Markus Hirczi (bass) and Bernhard Hussek (guitar, synthesizer, vocals) offer varied melodies and rhythms that encourage you to sway along.

The fact that music can be much more than a few melodies strung together, however, is something these Viennese especially like to show in their lyrics. From the disturbed relationship, to the world view, the critical questioning of institutions, or the breaking out of normative relationship models, and other love problems, there is hardly anything that Sluff would not work through in their lyrics. Political topics included.

Today, the music group can already look back on a number of successes: With their first album “On Debris” they performed in six countries, were played on FM4 and even received an award nomination. But what is the secret of success of such a band? One could think that the personal relationship to each other plays a big role. Close friendships in the private sphere – some live together or have lived together. Social support is always there. But, for the most part, they take their music seriously; themselves, rather less.

Translated from the German original by Arianna Fleur Alfreds