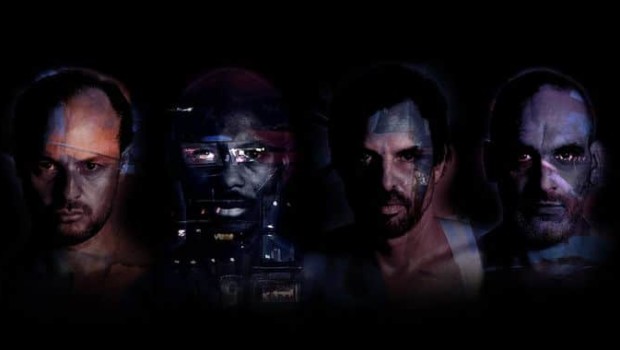 Sofa Surfers are one of the most influential bands to emerge from the electronic music scene in Austria. Spanning nearly 20 years of international success, the Austrian electronic and downbeat pioneers are far from settling down and are once again pushing the boundaries with their newly released album “Scrambles, Anthems and Odysseus” (Monoscope Productions).

On the eighth and simultaneously first Sofa Surfers album since the departure of founding member Wolfgang Schlögl, the music is quite different from previous releases. The most obvious new development of the now four-membered band is the sole attention to electronic music. Various variations of electronic music have always had a distinct influence in the music of the Sofa Surfers, but it feels quite unexpected in such a concentrated form. On “Scrambles, Anthems and Odysseus” it is above all synth sounds, samples and electronic beats that set the tone, analog instruments are hardly used.

THE REDISCOVERY OF SONG FORMATS

This is not the only aspect that stands out. Markus Kienzl, Wolfgang Frisch, Michael Holzgruber and Mani Obeya seem to have rediscovered the song format, accompanied by a special knack for melodies. Especially songs like “Beyond Girl”, “Woody’s Ballad”, “Mogrel” and “The Fixer” come with – at least regarding the chorus – a fresh breeze of 80s pop flair. Settled in deep bass layers, the album also includes contrasting darker tones, ranging from drone-based and techno-tinged notes to atmospherically dense moments – sounds for which the Sofa Surfers are known and loved for. A rich blend of old and new, so to speak.

As always, Mani Obeyas is a guarantee for an unmistakable and outstanding vocal performance, bringing each track to life with a feeling of warmth and pure emotion. In some of the songs the Sofa Surfers frontman finds a perfect counterpart in the Viennese rapper Soulcat E-Phife, who adds exciting and unusual facets to the musical whole.

With “Scrambles, Anthems and Odysseus”, Sofa Surfers deliver a collection of slick produced tracks with an uncompromising aesthetic and a successful musical reinvention.