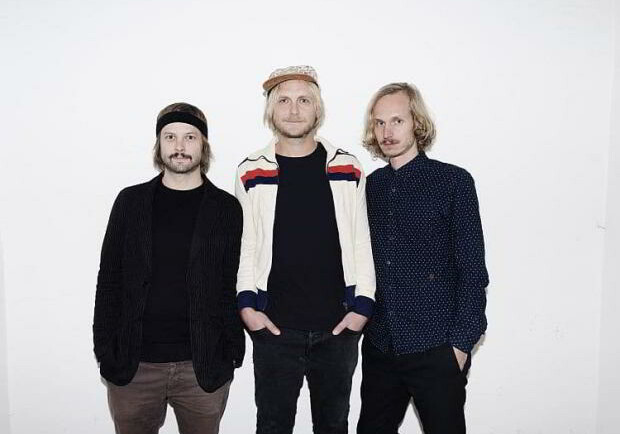 With their fifth album, the Salzburg-based STEAMING SATELLITES are back with a familiar tone. But they are refining their sound more and more, medling indie rock with a touch of space and progressive rock adequate for festival stages. They have developed into a mature band that can pull the right vibe, break, or chorus from their own custom-made bag of tricks. But the voice of singer Max Borchardt is ultimately still the defining aspect of their radio-ready and international sound.

Although the single “Honey” received airplay on various radio stations, not much remains of the somewhat mixed self-titled predecessor in the awareness of certain listeners. Now the rock formation from Salzburg, oscillating between trio and quartet, has developed much more subtle song writing on “Back From Space” without sacrificing any of its catchiness. Regardless of what kind of self-reference the title of the new album might be, STEAMING SATELLITES are back where they belong. Namely in the cosmos of rock songs whose instrumentation and sounds are strange enough to appeal to focused listeners but whose pointed songwriting, formidable vocals, and demanding groove are catchy enough to appeal to casual listeners who just want to dance and sing along to a catchy refrain.

The single “Back From Space” radiates a downright good mood. Prominent use of synthesizers approaching glitter-kitsch levels announce which direction the journey back from space is going to take. A little better humoured than in the past and sprinkled with the sounds of knob-twiddling sound synthesis.
One song that caused a stir even before its release and stood out from recent live sets is “Electrify”. It follows a well-worn STEAMING SATELLITES recipe, the shuffle groove. The same recipe used in earlier hits like “Spaceships” or “Notice” and inevitably leads to corporeal manifestations of listening approval. It features a break that is a manic nod to the 70s and 80s in which Emanuel Krimplstätter can prove his abilities at the synthesizer and results in a surprising aha effect. Including catchy tunes. “Call Me Whatever” is the next potential hit whose memorable exhibits the STEAMING SATELLITES trump card: interesting, sometimes tricky compositions that are also accessible and catchy and can appeal to a variety of rock fans. Once again: Listen!

Sebastian Götzendorfer (translated from the German article by David Dempsey)