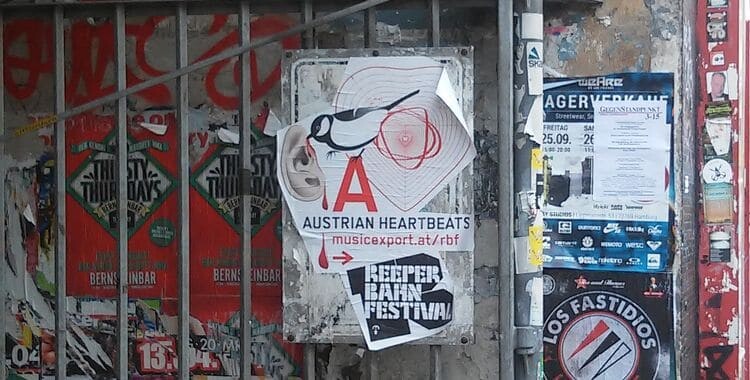 The tenth edition (September 23-26, 2015) of the Reeperbahn Festival 2015 brought 3,700 music industry professionals and media representatives from over 40 countries to Hamburg. The Austrian delegation claimed new record figures with an entourage of eleven local bands and 80 industry professionals performing and participating at the German festival.

To kick off the festival on Wednesday, September 23, the Austrian delegation and Austrian Music Export, in cooperation with ByteFM, invited festival visitors to attend the event series Austrian Heartbeats at the Jazz Café (Mojo Club), where Austria’s most promising young acts showcased their talents in front of a full house. The Tyrolean band Nihils presented first impressions of their upcoming debut album (to be released Spring 2016) and a preview of their upcoming tour through Germany with the band Nisse. The Salzburg musician Lylit presented dreamy soul, before GODS convinced both fans and critics with their complex and varied synth-pop. The evening was concluded by the young producer duo Mieux, who clarified why experts, like Gilles Peterson, are fans of their music. After releasing their album “Are you happy?” in May, their new single will be released in October by Jazz & Milk Recordings. 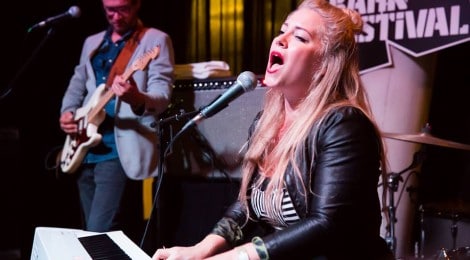 In addition to 400 concerts, the festival program offered an extended conference program with 220 events, including panels, workshops and networking events, as well as more than 50 art events. The largest groups of industry professionals came from the United Kingdom, Austria, Denmark, the Netherlands, Switzerland and Finland.

“The success of the tenth Reeperbahn Festival edition is not least due to the excellent cooperation with national and international partners. This became quite obvious on Wednesday at the ‘Austrian Heartbeats’ event. The four Austrian acts Nihils, Lylit, GODS and Mieux delivered really outstanding performances and almost shut the packed Jazz Café down,” says Evelyn Sieber, supervisor of the Reeperbahn Festival showcase program.

Just a few blocks away, HVOB (Her Voice Over Boys) performed at Club Moondoo. After a tour through Europe, North America, South America, and Africa, the electro duo that hypnotizes the audience with minimal beats and melancholic vocals, has been confirmed for the Amsterdam Dance Event and Eurosonic 2016 in the Netherlands. 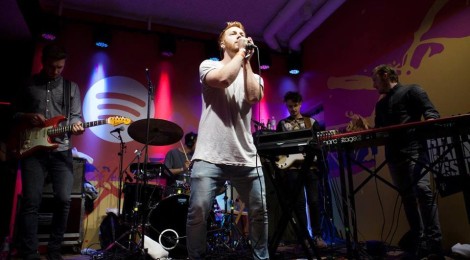 Prior to the festival, Robb was able to collect loads of international tour experience by supporting artists such as Kwabs and Y‘Akoto, and again managed to enthuse the audience at the Reeperbahn Festival with varied, playful soul-pop in the newly opened venue Klubhaus St. Pauli. Due to the enormous crowds expecting to see Leyya, the doors had to be closed at the concert of the electro-pop duo. The hot newcomers played a total of three shows in Hamburg and scored every single time with spherical sounds and gloomy abstract beats.

“The Reeperbahn Festival has long been an indispensable international industry meeting point for us and is always great fun to visit, despite its enormous size. The performances of our artists have proven to be very valuable – in all cases we were able to team up with international partners and have already achieved tangible results such as festival bookings, agency and publishing deals,” reports Hannes Tschürtz, representing the bands Robb and Leyya with his agency Ink Music.

“The Reeperbahn Festival was an absolute success for us. The doors had to be closed at the show, various industy representatives were there, and we are very happy with the results,” says Bernhard Kaufmann (Arcadia Live) about the performance of his protégé band Olympique.

The sleek, powerful indie-rock of the Salzburg band Olympique amazed and moved the audience in the venue Indra. In the meantime, the Viennese band Sex Jams rocked the Molotov club as part of the label night “This Charming Man”. The recently released single “Sweet Advice” already gave hints to where the ride is going: captivating noise-pop with elements of punk, grunge and riot grrrl-references from frontwoman Katarina Trenk.

Wanda eventually showed justice to their headliner slot with the venue Docks filled to the brim. The “Austro-pop” shooting stars thrilled the audience with their songs about amore, liquor and cynical Viennese charm. The celebrated performance was also recorded for German TV and is availabe as a stream in the ARD media library. For friends of elegant and timeless dance music, the legendary Richard Dorfmeister concluded the festival on a high note at the impressive Mojo Club. 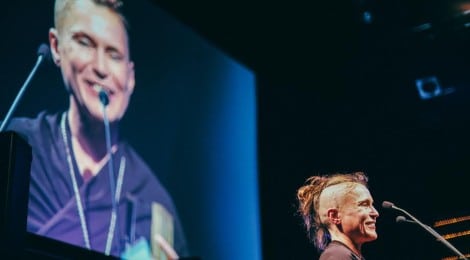 During the day, the Reeperbahn Festival offered lots of opportunities to discover new music worlds and establish international contacts at panels, workshops and networking events. As Austrian representatives, the Reeperbahn Festival Conference invited Monika Eigensperger (head of Radio FM4) to the discussion forum “Money Rules: The Lack of Variety on German Radio”, and Electric Indigo (DJane, composer, female:pressure) to the discussion “Why We Need More Women in Music”.

At the VIA! VUT Indie Awards, which took place for the first time in Hamburg, Susanne Kirchmayr, aka Electric Indigo, was awarded with a special prize for her platform female:pressure. The awards were initiated by the VUT – Verband unabhängiger Musikunternehmen (Association of Independent Music Companies) to honor outstanding artistic and innovative creativity, regardless of the financial success.