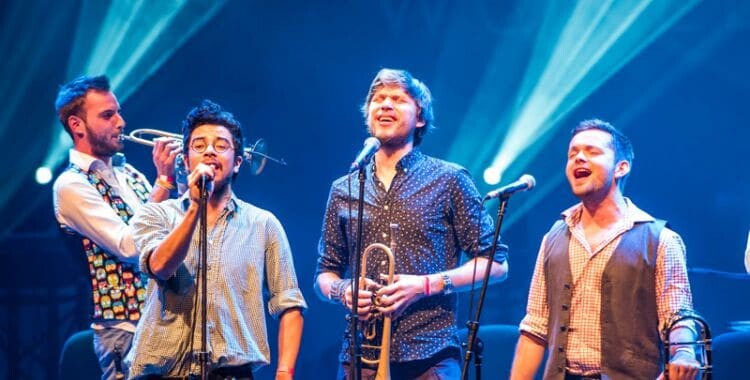 Held for the first time in Budapest (October 21 – 25, 2015), the 21st edition of WOMEX gathered 2,500 delegates from over 90 countries to the world’s largest trade fair for folk, roots, ethnic, traditional and local music. Supported by the Austrian Music Export, the three Austrian ensembles performing as live acts at the World Music Expo received raving reviews.

At their afternoon concert on Thursday, October 22, Klaus Paier & Asja Valcic presented their outstanding new album, which was just recently released by ACT Records. “Timeless Suite” – the title of their new CD – “merges the past with the present in an unmistakable and unique way. Curiosity and courage are the outstanding virtues here that unite these two adventurous musicians in a congenial alliance. It is a scintillating dance that one hopes will never end.” (Album press release)

All eyes were on Martin Lubenov’s Jazzta Prasta on Saturday afternoon (October 24, 2015) as Martin Lubenov and his two fellow musicians took the stage and presented their lively version of Balkan jazz infused with a kaleidoscope of various styles. As always, once these musicians get going, there is no stopping them. Their powerful live presence and inimitable enthusiasm on stage ignited a musical firework that kept WOMEX listeners captivated and on their feet.