Tallinn Music Week (TMW) is an annually held music industry conference and one of the biggest indoor festivals in the Nordic-Baltic region that has grown into a vibrant city festival, presenting music, but also food, arts and design.
The festival brings together close to 900 music industry players, the artist line- up presents more than 200 acts from around 25 countries and diverse musical genres, attracting an audience of nearly 25 000 music lovers from Estonia and its neighboring countries. The internationally recognized event serves both as a networking platform for industry professionals and a diving-board for emerging acts around the world to get noticed by international and local talent-spotters and media.

TMW welcomes all artists from various genres to participate at Tallinn Music Week 2016. TMW festival programme is a mix of local headliners and up-and-coming names, cutting-edge acts and trendsetters from all contemporary genres, from avantgarde to pop and classical music. The festival’s role as a significant platform for emerging acts around the world has grown steadily. In 2015 TMW presented 85 international artists from 26 different countries to an enthusiastic audience of around 25,000. From Austria, Moonlight Breakfast and Polkov were part of the line-up. 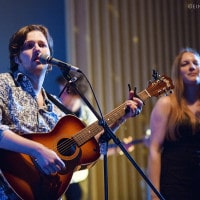 Every application is considered and all the applied artists will be notified in January 2015. The programme is put together on the basis of artist applications by a broad team of local music experts. Applications from all music genres and scenes are welcome. 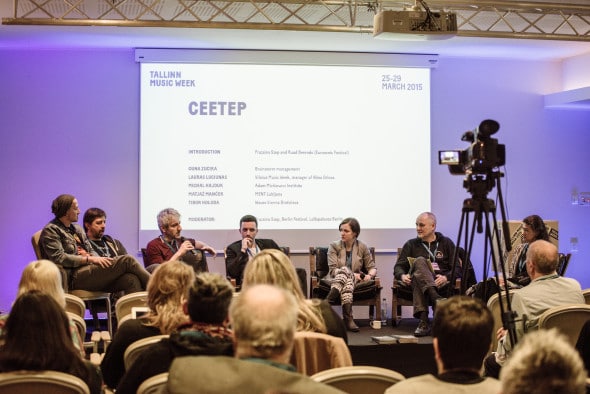 Each year’s conference also hosts a “celebrity talk” with a music industry legend. Throughout TMW’s existence, an impressive number of well-known international industry players and luminaries have participated in the conference panel discussions, among them Seymour Stein, the legendary founder and president of Sire Records (Madonna, Ramones), Viv Albertine of The Slits, influential managers Petri Lunden (Cardigans, Europe), Peter Jenner (Pink Floyd) and many others. Estonian president’s, Toomas Hendrik Ilves’ traditional opening speech of Tallinn Music Week is always a special treat to look forward to.