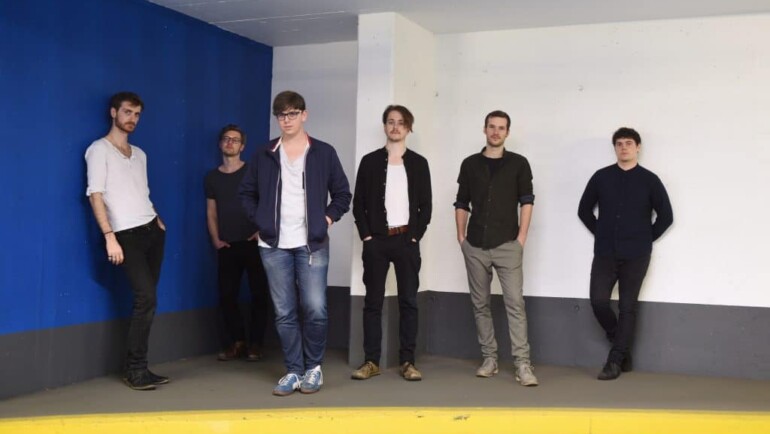 Will old age calm you down? Well, the guys from THE BOYS YOU KNOW are still young, of course, stuck in their late twenties, but they do seem to have acquired some inner peace. How else could their new and fourth album “Two Lines That Never Touch” (Wohnzimmer Records) sound so extraordinarily mature?

It doesn’t just sound mature, but above all gentle. The almost youthful emotionality that you could still feel on “Purple Lips”, the second album, is gone. The guitars have retired and let piano & Co. to take over. Instead of grumpy Lo-Fi sounds, the production comes across crystal clear. But the sound has remained retro. That’s something The Boys You Know (TBYK for short) won’t give up! Their 1990 influence has accompanied them since the very beginning and there is no reason to let it go.

It is a versatile music epoch that inspires TBYK. And this time their music sounds like a very unique definition of that era. With “Purple Lips” you could more easily put your finger on the individual references, now it is not as simple anymore. It is wonderful to be able to observe the development of a band so closely. Growing and changing! “Two Lines That Never Meet” is a melancholic but at the same time hopeful piece. The bitterness of life, the fear of death, the problems one is confronted with over time – one can not only survive all this, but also see the good in it. Singer and frontman Thomas Hangweyrer conveys this feeling very well.

In “Already Dead” it says: “I’m not scared of going / I’m not scared of going fast”. Hangweyer opens the album with a clear statement that settles the fear of life and non-life. With its immediate introduction, the song grabs your attention immediately. It’s playful, retro, and vaguely reminiscent of Pavement. It’s also summery. But not 35-degree-in-theshade-midsummer-like, more in an Indian-summer way, when the nights are cool and the wind is already chilly. A feeling of nostalgia spreads and doesn’t fade away until the very last song.

INDIAN-SUMMER-ALBUM WITH A LOT OF DEPTH

After the second song, “Hannah”, it is noticeable that the border between ballad and anthem is also blurred. You don’t need decidedly slow songs anymore, because all of them have their own sad, thoughtful part. Another noticeable aspect is the deliberate playfulness of the vocal melodies. Within a relatively short time you already fell like you could sing along to the songs. “Hide And Seek”, for example, which is structured like a 1970s Bowie song. Or “You And Your Arcade Fire”, whose vocal melody simply demands you sing along.

But it is not the kind of singing along that grabs you when you listen to the radio, but more the kind where you want to take all your own negative emotions and put them into someone else’s words. That’s where The Boys You Know are once again very 90’s and encourage their audience to leave their pain in the music. “Two Lines That Never Meet” displays the maturing process of a band that will not stop working on itself and its sound. It is an album featuring Austrian artists (PAENDA, Carl Otter, RIAN and Telquist) working together. And finally it’s an album that heralds the end of summer. But if Indian-summer sounds like this, then maybe it’s not so sad after all.