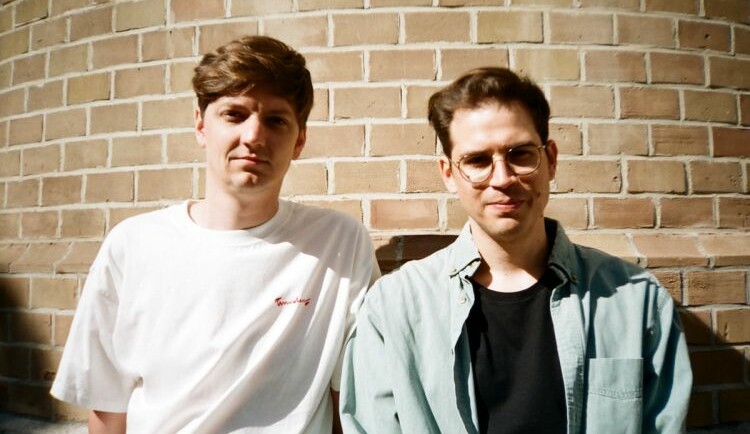 MIEUX are the two Vienna-based musicians Christoph Prager and Felix Wolfersberger. Active since 2012, the duo’s recently released album “Rulers” is a colorful album that wanders across genres and uses lots of instruments, blending multi-layered textures and colorful timbres with adept rhythmic elements into a poppy amalgam. Shilla Strelka caught up with the two producers for an interview.

Both of you have actually grown up with hip hop. Do you still find influences of this genre in your current work?

Christoph Prager: Absolutely! But we’re not nostalgic, we also incorporate a lot of modern production techniques from hip hop – as long as you still can separate them clearly nowadays.

Could you elaborate on that?

Christoph Prager: I think what used to be considered hip hop or electronic production style is now a pretty universal approach. I would see it more as a dissolution of the separation between songwriting and production. For us, it always happens simultaneously because a lot of songwriting happens through sound. This approach, as far as I can tell, comes from hip hop and electronic genres, hence the reference to it.

Did you actually have a classical musical education?

Christoph Prager: No, not really. Apart from a few bass lessons and music school during high school, I have no classical training.

Felix Wolfersberger: I learned my musical basics as a child on recorders and piano.

Solo productions are most common in electronic music, duo constellations are rather rare. What is it like to work in pairs? Is it exclusively inspiring or does it also generate problems?

Christoph Prager: I have found my musical happy place in Mieux. You could say ‘we keep each other honest’ without limiting each other, and we appreciate that about each other.

Felix Wolfersberger: Yes, I also find it largely inspiring, because we both think quite differently when making music, so we complement each other quite well and push each other.

Are you still active as soloists?

Felix Wolfersberger: I’m not active as a solo-artist anymore either, but from time to time in other constellations.

The release has a rather euphoric note. But to what extent does it also reflect on the present? Or is it just about translating personal emotions?

Christoph Prager: That’s extremely nice to hear that it’s so well received. In the past we sometimes had a tendency to darkness, also because it was faster compositionally at times to reach a certain vibe or a certain deepness. Today I think we get into interesting moods without losing depth. That you perceive that as euphoric, I find interesting.

I have the feeling that you use numerous tools, in any case your sound selection is very heterogeneous. Can you explain what tools you work with?

Felix Wolfersberger: I’m glad that it is perceived as heterogeneous. It was also very important to us to merge everything into a sound world that one can immerse oneself in over the length of the album. It’s not a lot of tools, it has more to do with the sound selection and the way the sounds are used. For example, we recorded a lot of electric bass by Christoph, but it always appears in very different forms. Sometimes as a rhythm instrument, sometimes as an electric bass or as harmony and also always using different effects to integrate it into the sound world.

Where does your audible enthusiasm for polyrhythm actually come from?

Christoph Prager: That often comes from listening to music with an “open mind”. Then, if you come across experimental varieties of jazz, you are also confronted with polyrhythms. I think an enthusiasm for it is essential in order to want to continue with this kind of music. To nurture this enthusiasm in the context of my own music making is only logical to me, without ever having consciously thought about it.

Felix Wolfersberger: For me, the enthusiasm comes from listening and internalizing. It’s something that can be perceived very analytically, but at the same time you can also just let it work on you and it’s very beautiful – also the tension that arises from that.

Your press release mentions that you are influenced by the Afrofuturism of Sun Ra. How is that reflected?

Christoph Prager: Yes, I’m a fan! There are a few things that play into it for us: that the sound always carries a certain openness. There are rarely very clear statements from Sun Ra. But also the role that alienation from certain instruments plays in his work – there’s this piece that Africa Hitech also sampled – Sun Ra Quartet featuring John Gilmore: “The Sky Is a Sea of Darkness When There Is No Sun To Light the Way”. That’s him playing piano and bass. I thought for ages, there’s a bass player and he’s playing so cool, then at some point I figured out that Sun Ra is actually playing bass on a synth. We often broke with the role fidelity of instruments on “Rulers”.

However, you also claim that you want to detach yourselves from references as much as possible and create a quasi-naive space of creativity. Have you succeeded in doing that? Is it possible to be consciously naive?

Christoph Prager: We wanted to cover this area of tension precisely with the title “Rulers”. On the one hand, “Rulers” in the sense of rulers in the form of our personal role models and musical influences. On the other hand “Rulers” as a tool to measure something. That is, to constantly question and re-measure our position towards these authorities. When I did a new piece a few weeks ago, I thought it sounded a lot like Mieux 2015 – so there’s no end to that, even before talking about the very personally generated frame of reference.

This is your first album on Affine Records. Why did you move to another label and how do you feel about it? You are definitely in good company.

Christoph Prager: It wasn’t really a label move, as we mainly released our music ourselves, with a few exceptions. Taking a third party on board, in this case Jamal from Affine Records, I found to be extremely stimulating. That helped us a lot – musically and beyond.

Felix Wolfersberger: Yes, with a few exceptions we were on our own and had organized ourselves quite well as a duo. But with this release it turned out very well to work with a label. Jamal helps us to think things through in a different way.

How much are you influenced by label mates like Dorian Concept? The positive vibe in your productions kind of reminds me of him too.

Felix Wolfersberger: I got to know Oliver (note: Dorian Concept) through MySpace, which was a platform for many young people at the time who were trying out their musical talents. A kind of movement developed there where people exchanged ideas, arranged Skype music production sessions together all over the world. But that also had an impact on the local scene – parties were organized and people booked each other. I still remember very well the evenings at Elektrofachadel – shoutout to Jakob and all those who took part – in Salzburg, where Dorian Concept also played regularly. That time inspired me a lot and this curiosity and experimentation from back then is still nurturing me.

You fuse numerous genres in your sometimes very different pieces – pop definitely plays a role, as well as stuff from the bass spectrum, techno and house, disco and grime. Are you also listening to different genres privately?

Christoph Prager: Absolutely, all over the place. I actually find it weird when someone says I only listen to XYZ.

Felix Wolfersberger: I also listen to a lot of different music and that definitely has a lot to do with my youthful interest in hip-hop. That was the first music I dealt with more intensively and wanted to understand how to do something like that. From there, branching out into different genres, keyword sampling, which I then discovered.

Your album also features two guest musicians. How did you find Laura Groves and Cadell?

Christoph Prager: We wanted to collaborate with Laura Groves for years. With the instrumental, we quickly realized that someone had to sing over it, and it was also immediately clear to us that it had to be her. Everything worked out very well.

For Cadell, we listened through a list of young grime talent that Jamal picked up from Salute. Jamal said he thought the instrumental would be well suited for vocals. We each made our own top lists and Cadell was number 1 for all of us.