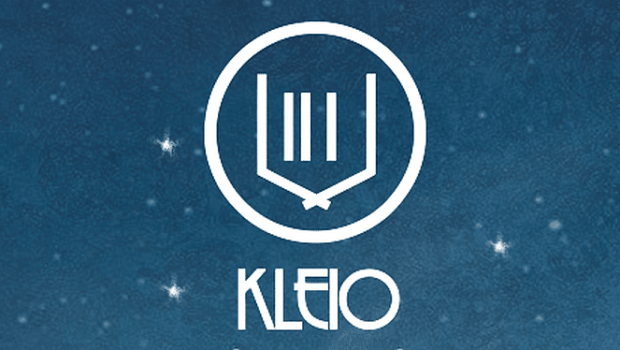 ”Kleio Records” is a new independent label from Vienna that is bringing a breath of fresh air to the indie and alternative scene in Austria. The label was established in May when they celebrated their first label night at the Fluc in Vienna.The first acts of the label like JAY COOPER, GOSPEL DATING SERVICE, ROBINSON, KLAY and JAMES CHOICE & THE BAD DECISIONS proved why they deserved a label to help them reach a wider audience.

In a time when Austrian music is gaining infleunce and audiences throughout german speaking countries, there are also incereasingly more people who want to encourage this development. For some, though, the German-speaking world isn’t enough. Now, in addition to the progressive rock label Panta R&E Jonathan Gabler has created a second independent label. The focus at Kleio Records is on alternative and indie rock. Namely, on those bands with a certain claim to internationality. “It is important that it is about English language music,” says Gabler, and explains: “There are great bands in Austria with international appeal and we want to cultivate them.” This cultivation of bands should be particularly effective through the cooperation of the label with the Viennese GAB Music Factory. The bands can record their music in the label house studio before the recordings are later released on Kleio Records. A constellation which Gabler hopes will create a special closeness between the artists and the label. A reboot of the mother label “GAB Music” from the Music Factory GAB towards indie and alternative was also up for debate, but ultimately a brand new label was founded. “The redesign was essential,” says Natascha Veen, another of the young minds behind “Kleio Records” who wants to promote fresh bands. But how did the current band lineup actually come to the label?

ALL ROADS LEAD TO KLEIO

One of the ways to “Kleio Records” leads frequently through Liesing, the 23rd district of Vienna. Namely, the location of the aforementioned GAB Music Factory. Many bands first contact with Kleio Records is through the recording process in the in-house recording studio. Like the Grazer band Klay. The young bands are frequently impressed by the professionalism and ideas of the producer Georg Gabler, and look for further cooperation in the form of his label. 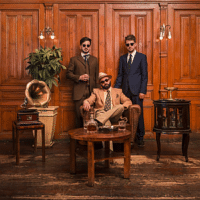 There are of course other ways to get noticed by the label, such as through traditional scouting at concerts. The great Robinson joined the label this way. Or the Upper Austrian Gospel Dating Service who were discovered by Bertram Kolar, the booker of the label. Their self-designated “TripPop” was already making waves before the release of their first album “Red” in June.

The qualities of the label acts were on display on May 21 at the label kickoff in the Fluc in Vienna. The event doubled as a release show for the Jay Cooper EP “Love / Fifteen”, the first release via “Kleio Records”. According to label boss Jonathan Gabler an album featuring “groovy retro rock with pop aspirations”. A mixture which appealed to the audience in Fluc. It’s those pop aspirations that unite the bands on the label. Gabler says about his charges, “All bands have in common that they tell stories and and give you one or two catchy earowrms to take home with you”. With six bands the roster of the label is full, any more would be too much to handle and “that would be unfair to the bands”. A high quality of support for the bands is therefore a priority for “Kleio Records”, something from which the artists can only benefit.

A BREATH OF FRESH AIR

Independent labels certainly aren’t rare in Vienna. What sets “Kleio Records” apart from the rest? Apart from the, for the current Austrian scene, almost brave focus on English lyrics, the label also positions itself as a generation of young musicians. “What sets us apart is that we truly are the youngest. This is also a kind of generational issue. Not only is the label itself the youngest, but the people who are involved in it are the youngest” says the 27-year-old Jonathan Gabler. Not only are they younger in contrast to the competition, they offer better communication: “For a lot of bands it just makes a completely different impression when it isn’t some 40-year-old sitting there telling them about “hip” music, but someone from the same generation who is discussing how to bring their music to the people.” Bringing the music to the people quickly is the next step for the young label in order to find their first success in the indie and alternative scene and to immediately publish the next promising bands. The previous bands make it clear that fans of the genre should keep an eye on this young label.