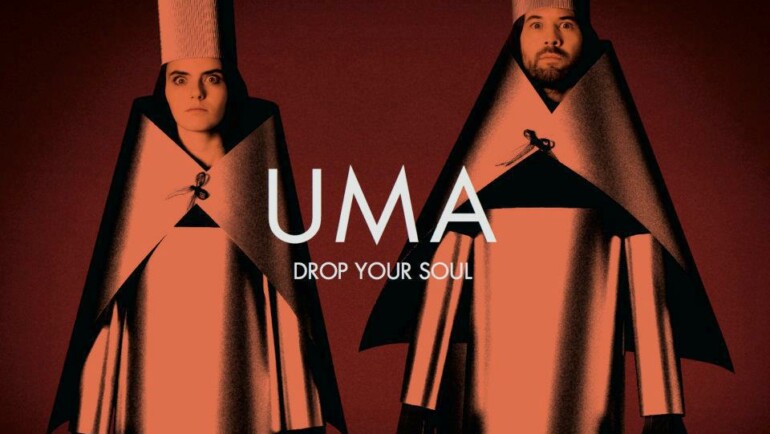 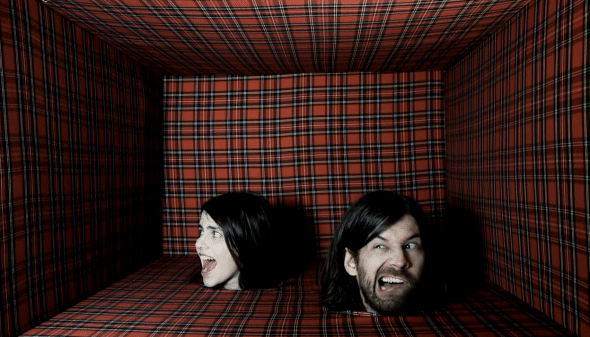 Electronic pop music that is a little more out of the ordinary and more of an art claim than fit for the mass appeal – this is how the duo UMA confronts its listeners on the debut album “Drop Your Soul” (Seayou Records ) right from the start. Playing with sentiments is what the Berlin-based Austrian group of two celebrates to perfection. Subtle beats meet multi-layered, psychedelic, ever-densifying soundscapes and weirdest noises. A very fine, varied and tinkered variant of the minimal music concept. The next opportunity to experience UMA live is on the 7th of July 2012 as support of Coco Rosie at the Heimathafen Berlin.

They fortunately still exist. Those exciting pop constructions that have something different to offer than the usual music that has been heard and seen a thousand times and more. UMA, a joint project of Ella and Florian Zwietnig, presents itself as an attempt to work out the avant-garde aspect in the pop context and make it come to the fore. As far away from the usual song structures and the big dramatic gestures of pop as possible, the two share a determination to reach this goal. Considering the previous careers of both parties, this is not really a predictable approach, since so far they have been working in completely different musical contexts.

In recent years, Ella was a member of the lo-fi punk band Go Die Big City with appearances as the playful pop artist Jools Hunter and on the other hand Florian acclaimed fame as a co-founder of the Mediengruppe Telekommander. With UMA, both have now significantly cleared away from their ancestral musical contexts. Together they create songs of a restrained and understated character that are reminiscent of elaborate sound collages. The debut EP “Drop Your Soul”, on which opening track none other than Simeon Coxe of New York’s legendary pop group Silver Apples participated on, reveals itself as a very detailed blend of subtle, minimalist electronic beats, of finest, multi-layered sound work, with almost fairylike, hypnotic vocals. A gripping mixture that captivates the listening ear from the very first moment.

All in all, UMA has managed to make a really strong musical statement, which keeps us salivating for a lot more to come in the future.
Michael Ternai
translated from German