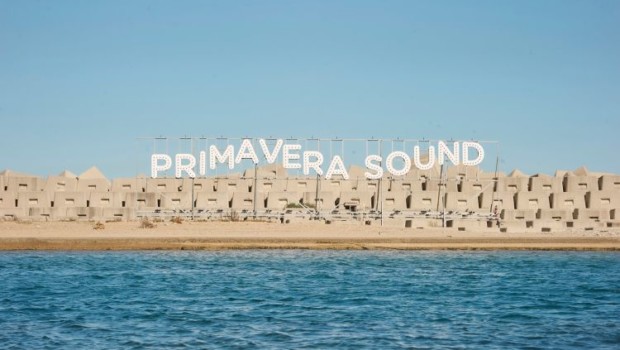 It may have been the best PRIMAVERA SOUND ever, 5K HD have contributed to that. Stefan Niederwieser takes a look back at Primavera Sound 2019 and the Austrian supergroup 5K HD performing at the unique festival.

colorful facets of the whole world

There are good festivals, extraordinary festivals and then there is Primavera Sound. Line-up, audience, sun and sea air, that’s already good on its own. But this year they wanted even more. There should be as many women as men on stage, also headliners of course, more people of color and generally more of the most colorful facets of the whole world. Straight white dudes didn’t go extinct because of it though, heroes of Britpop sang into their microphones as well as angry men with angry guitars. Now they just had to share the spotlight. That’s only fair. But it also reflects that global listening habits have shifted. Rock and pop are no longer as important, rap and reggaeton dominate. That’s why the line-up on Primavera only is resolute and trend-setting. Because there aren’t as many Janelle Monáe, Erykah Badu, Robyn, Lizzo, Christine and the Queens, FKA Twigs, Rosalía, Solange, Charli XCX, Kali Uchis and Carly Rae Jepsen anywhere else on this continent. They call it “The New Normal” in Barcelona. Should be normal. Will be normal.

But are people not only mature enough, but also willing to pay the price? After all it is easy to blow a grand on a flight, hotel, ticket, beer and all the other fuel, and that only on one weekend. That is where some people simply don’t want surprises, because if there is no favourite of the “ordinary people” from the Suburbs, many may be quick to ask themselves: “Is that all I really want?” Up until recently, festival passes were available that were sold out quickly in former years. The first day was emptier than usual, but by the next day that was already forgotten. People wore their most bloated sneakers, their most futuristic jumpsuits, their most feline glasses and their blouses with the wildest animal patterns. To put it into honest words: “a lot more people were scurrying across the concrete desert and much more hype was buzzing through the air”. (wienkonzert.com, June 2018).

On Friday at eleven o’clock Miley Cyrus, who had replaced Cardi B, did it. She is known for over the top indoor shows. But because big plastic animals, golden cars and constant costume changes require a lot of equipment and a long setup, which is not possible here, many passed along. They could watch and listen to 5K HD from Vienna. And be amazed.

5K HD are fantastic musicians. And technically speaking, the other bands at the festival don’t need to hide from them. Trumpet, drums, bass, synth and voice are perfectly in tune, they throw themes at each other, loops are cleverly set, every little tempo change fits and Lukas König is the most unique drummer in the country anyway. Even when a song breaks apart during the show, it was only a trap, and the band captures it moments later while always having full control. 5K HD are fantastic musicians. And that’s the only thing you can accuse them of. Other bands at the festival may have more passion for refrains that outshine everything and for shows that make all their songs shine. But that doesn’t irritate 5K HD for now.

“Direct results are difficult to judge”

“It was great,” said Manu Mayr, 5K HDs bassist and songwriter, who has a major influence on the band. ”Both when we played in the city centre for lunch as well as at the festival, some stopped to listen enthusiastically and a solid crowd was formed.” About three hundred people stood in front of the so-called Night Pro Stage. It was moved closer to the action and was located by the central entrance, so all visitors passed by at least twice. The atmosphere has been more cosy and intimate than in previous years. At eleven o’clock 5K HD had already played as headliner of the stage. “I knew that there were people who already knew us and came mostly for us, but at the same time I saw a lot of new faces that we could reel in,” says Manu Mayr. “It’s often about increasing the background noise. Direct results are difficult to judge,” he replied to the question of what a performance at Primavera could do. At the end of the concert the whole band bowed at the same time, arm in arm, the audience quickly dispersed.

“very close to the contemporary zeitgeist”

For the first time in years there was no Vice-stage at Primavera, the radiance of the most successful magazine for millennials seems to be slowly fading on the Iberian peninsula. Other companies were there, the rare wine and aperitif bars were overcrowded, shuttles provided for shorter distances between the main stages and the area where electronic music was performed, and the audience was even more diverse and pleasant. NME called this issue “groundbreaking“, Radio FM4 spoke of a “temporary utopia” and Musikexpress wrote: “very close to the contemporary Zeitgeist“. Manu Mayr sees it in a very similar way: “I only noticed that the festival delivered a great quota when I was told. It didn’t feel forced or pushed. To book a festival this way is actually quite easy, Primavera 2019 proved it.”

By Stefan Niederwieser – translated from the German article by Dave Dempsey