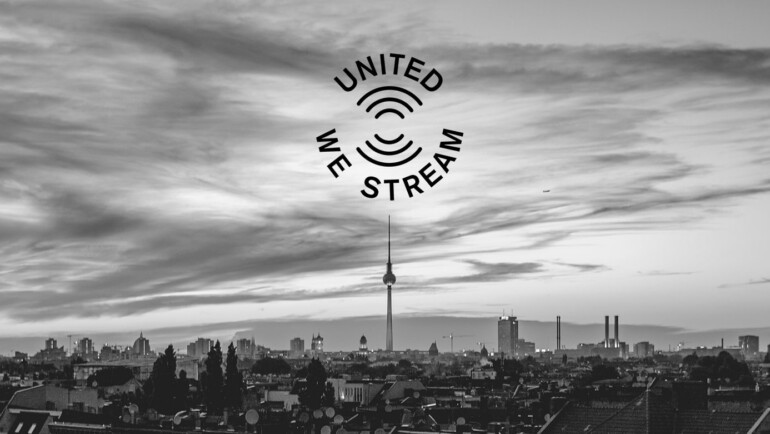 Vienna’s club culture is facing the biggest challenge in its history. Solidarity is needed. People need cultural offers. United We Stream Vienna wants to ensure both. Identity-creating places are existentially threatened. Covid-19 has suddenly made cultural workers, event organizers, bookers, DJs, producers, sound and lighting technicians and staff become unemployed. People can no longer go to the clubs to celebrate. UNITED WE STREAM will therefore stream DJ sets, live music and performances from clubs into your living room and raise money for the closed venues at the same time via Startnext.

Vienna is the first capital city outside of Germany to carry the concept initiated by the CLUBCOMMISSION BERLIN and RECLAIM CLUB CULTURE into the world. If you want to celebrate at home on your own, then celebrate properly. United We Stream is also a platform for exchanging information on topics of club-culture. ARTE Concerts and FM4 have already joined as partners, and more are welcome.

On Saturday, April 4, 2020 at 4pm the starting signal for regular streams from Viennese clubs and music venues has been given. In the club DasWerk, the artists Mavi Phoenix, Tin Man, Wandl and Rosa Anschütz as well as Antonia XM were invited to perform. Strict attention was paid to health measures.

The second session will take place on April 15, 2020, starting at 3pm, streamed live from Fluc Vienna. The line-up includes sets by Asfast, Elektro Guzzi, Kœnig and Dj-sets by Misonica and Evren da Conceição.

Clubs and venues in need can be supported through the donation platform Startnext in the upcoming weeks. This is intended to ensure cultural life after the crisis. 10% of the donations go to “Nachbar in Not” (“Neighbour in Need”, a social initiative) and 90% to clubs and music venues, a jury will weigh the amount of the individual donations with various criteria.

To collect as many donations as possible, attention is needed. As soon as ARTE Concerts posts a stream live on Facebook, many more supporters will take over the signal and thus highlight and support Vienna’s club culture even further.

You can directly support the Viennese club culture here: https://www.startnext.com/unitedwestreamvienna