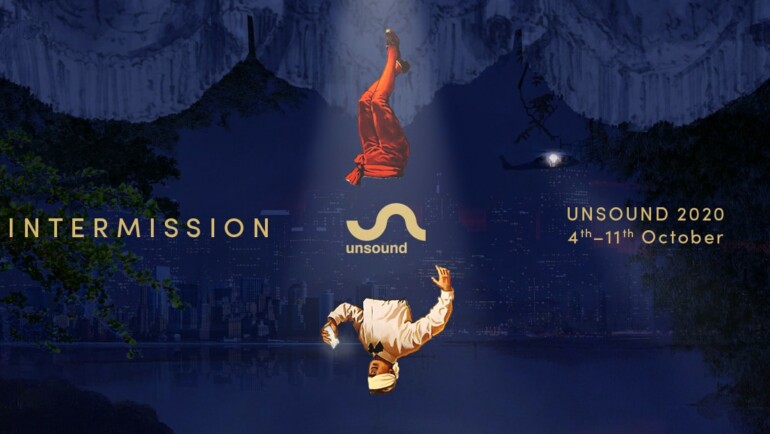 From 1-11. October 2020, Warsaw based Unsound festival will focus on a broad swath of contemporary music — emerging, experimental, and leftfield — whose sweep doesn’t follow typical genre constraints. Influential around the world, it has developed a reputation for identifying innovative scenes and radical sounds. As well as spotlighting emerging artists, Unsound also commissions new shows and encourages transborder collaborations, adapts and reimagines abandoned spaces for concerts and club nights, manages cutting-edge artists.

Created around the theme “Intermission“, Unsound 2020 takes place entirely online, involving performances, A/V shows, workshops, webinars, collective listening experiences, virtual worlds and much more. Streamed shows will be played on their website, as well as directly on their YouTube channel. When it comes to workshops, webinars, listening sessions and virtual worlds, please head to their online schedule for links. Unsound has also set up an Unsound Discord (register here), where they encourage the audience to chat about shows, discussions and just hang out.

The festival involves projects by Austrian artists who together form the “Intermission Austria programme” that is co-funded by the Austrian Cultural Forum Warsaw. Austrian Music Export is happy to cooperate with Unsound Festival as well and for the first time.

Sinjin Hawke and Zora Jones have been at the forefront of club music for the better part of a decade, experimenting with Jersey club, footwork, and different bass mutations. Their multimedia project Fractal Fantasy has been the host for interactive videos, virtual worlds and a series of collaborative releases, where the duo joins forces with like-minded artists. After releasing a collaborative EP on Planet Mu in 2018, they toured their Live AV around the globe, and Zora Jones has just released her debut album Ten Billion Angels. For Unsound 2020: Intermission, Sinjin Hawke & Zora Jones will present a first glimpse into dreamRooms();, an experimental performance that offers a rare window into their development process, against the backdrop of the pandemic and the cabin fever that comes with lockdown.

Zosia Hołubowska is a queer non-binary sound artist, musician, and a music activist. In 2014 they founded the queer synth laboratory SOUNDS QUEER?, where they organize, facilitate and run workshops on electronic and synthesizer music. They are also a part of Oramics, a collective dedicated to promoting women, queer and non-binary musicians on the electronic music scene. They perform solo as Mala Herba, exploring sex and body positivity through ritual dark wave performances.

“Community of Grieving” is a shared collective listening piece by Zosia Hołubowska and Julia Giertz, selected from the Unsound 2020 open call this year. Described as “an audio ritual to collectively submit into intermission”, this new piece draws on traditions of vesper and lament and merging formats of sonic meditation, sonic narration, and audio-essay. The piece is created to be listened to at home on headphones in solitude, to give listeners a sense of being connected, belonging to a community of grieving.

Those listening will be invited to also engage in a live chat on the Unsound Discord, led by Hołubowska and Giertz.

Rojin Sharafi is a sound artist and composer for acoustic, electro-acoustic and electronic music. Her music combines different genres like noise, folk, ambient, metal and contemporary composition. Her latest album “Urns Waiting To Be Fed” was released by Zabte Sote / Opal Tapes and was considered by opinion leader The Quietus as “a complete surprise” and “one of the most ecstatic and uncompromising musical experiences”. Sharafi studies sound engineering and composition at the Vienna Conservatory. Rojin Sharafi will present a mix on Radio Kapital as part of the Unsound Intermission Studio.