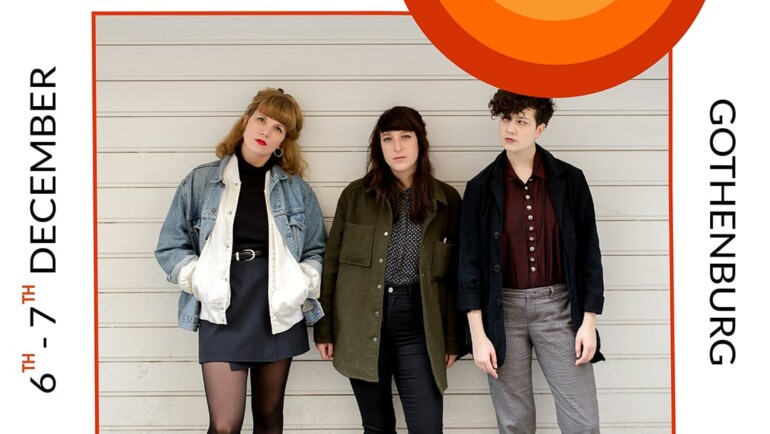 The Swedish festival Viva Sounds in Gothenburg is gearing up for its third edition in 2019. The goal of the event is once again to create a relevant club festival and music conference in the Western part of Sweden. The festival features new and exciting artists as well as an international conference focused on what’s going on in the music industry. Viva Sounds 2019 takes place over two nights at seven clubs, all in the same neighborhood in Gothenburg.

According to our 2019 focus countries, Sweden and Hungary, Viva Sounds (SE) as well as Bush – Budapest Showcase Hub (HU) have formed special partnerships with Austria. An Austrian delegation and the three upcoming acts – the indie rock trio DIVES, the promising pop duo LEA SANTEE and the “fuzztronauts” PARASOL CARAVAN from Upper Austria – will visit Gothenburg in December 2019. Viva Sounds will also feature a “Spotlight on Austria” with dedicated networking opportunities, an Austrian Reception and panels during the conference part.

The surf-inspired indie trio Dives are contemporary and yet, there’s an 80s vibe going on here, referencing artists like Altered Images but also the early Black Tambourine or La Luz. Dives have been awarded the 2nd XA – Music Export Award at Waves Vienna 2018 and became one of the “Focus Acts 2019”. Their full-lenght debut album “Teenage Years Are Over” was released on 15 November 2019, followed by a tour in Germany and shows at Viva Sounds Gothenburg and Eurosonic Noorderslag 2020.

Ready for take-off? Buckle up and hold on tight when the members of PARASOL CARAVAN start their spaceship and speed across the stage with the riff force of a supernova. Since their formation in 2009, Parasol Caravan has worked tirelessly on a reputation as a strong live act. The Linz-based band counts on calm psychedelic moments merged with heavy fuzz and driving guitar riffs. With the right amount of progressiveness, Parasol Caravan’s music is beaming the audience directly into orbit. The stoner rock band will also be a part of Fuzz Festival in Stockholm on Dec 7th, presented by Truckfighters.

Two EPs highly praised by the music press, two successful singles (“Hopeless” and “Rollin”), a #1 in the Hypem charts, appearances at festivals like Liverpool Sound City or Sziget Festival, and a nomination at the UK Music Video Awards in October 2017 as “Best Pop Newcomer” – no wonder that the Viennese duo LEA SANTEE is seen as the next promising pop talent from Austria.

The Viva Sounds conference takes place at Pustervik daytime on Saturday and will address contemporary and current issues within today’s music landscape. Guests are hand picked from the global music industry and then mixed up with those active in Gothenburg and the rest of Sweden. The conference will bring in eight hours of panels, talks, sessions, speed meetings and magnificent networking opportunities. First names include David Mortimer-Hawkins (A&R, Sony Music SE), Beke Trojan (Booking Agent / Promoter, Neuland Concerts, DE), Dom Gourlay (Journalist, Under the Radar, Gigwise, FNM, UK) and My Bergman (Booking Agent, Blixten & Co, SE).

Viva Sounds is produced by Westside Music Sweden (WMS), a platform for 30 players active in the (indie) music industry in Gothenburg and around. WMS is an independent platform that wants to up the capacity of what is happening in and from western Sweden, and increase its opportunities. In 2019, over 42
artists and representatives from WMS has participated in 14 festivals in 17 countries over 4 continents already.

Supported by the Austrian Embassy Stockholm.