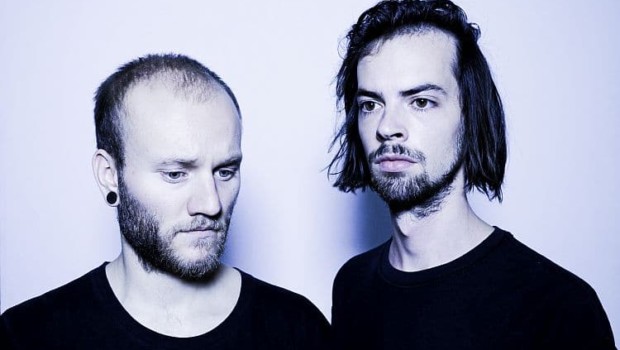 WAELDER are active between Vienna and Berlin and consist of Jan Preißler and Moritz Nahold. They recently released their second album “Non Places” on Denovali Records. The duo’s second work switches between experimental sound collage and club soundtrack. Despite a widely varied sound the compositions of the album have one thing in common: You can hear the attention to detail on every single track.

Compared to their first work “Anachronie“, WAELDER have become a little darker, complicated, and, contrary to expectations, less catchy. The courageous step away from the pop-affine electro sound, which is so popular at the moment, into more experimental realms suits the duo all the more. The opener “Iolanta” already shows that they have largely said goodbye to vocals and the somewhat poppy orientation of their predecessor. Ghostly scraps of vocals just made it into the composition, now pumping bass synthesizers and all kinds of noises dominate.

Many of the compositions on “Non Places” are closer to ambient sounds, film soundtracks, and sound art than to song oriented popular music. “Dybuk” and “&Found”, for example, make it clear that this is a so-called headphone album. Many of the playful sounds and meticulous tinkering of Jan Preißler and Moritz Nahold come into their own in a concentrated form. Whispered speech elements, isolated piano tones, percussive electronic sounds, and structural synthesizer sounds reveal new insights every time you listen. The courage to experiment with sounds and unconventional song structures is always audible. That makes it all the more pleasing that WAELDER are enjoying growing popularity.

Other songs reveal a little more zeitgeist and due to their stronger use of beats and vocals they will be able to heat up the mood in many an alternative club in the future. “Sdfs” is the album’s secret hit, if you can even say that with such an experimental work.  Interesting rhythms and vocal samples come together and build on a sad mood to merge into a wonderful groove.

“Ivory” on the other hand delivers weird and intrusive sounds. Dystopian beats and constantly rising noise levels, soon launch you into your own world of thoughts. And not necessarily reflecting on the brightest hours of your life. And yet it is a song that still compels your body to move. It has all of the ingredients for an intense club night. The final track of the album, “Loss”, is similar. Dark rhythms and synthesizers combine to form a monotonous noise leave only scorched earth behind and thus: “Non Places”

WAELDER have pursued a bold overall concept. Sounds are accumulated layer by layer, only to be deconstructed again. Clear messages are rare, but “Non Places” encourages people to think about it all the more. Courageous and worth listening to!