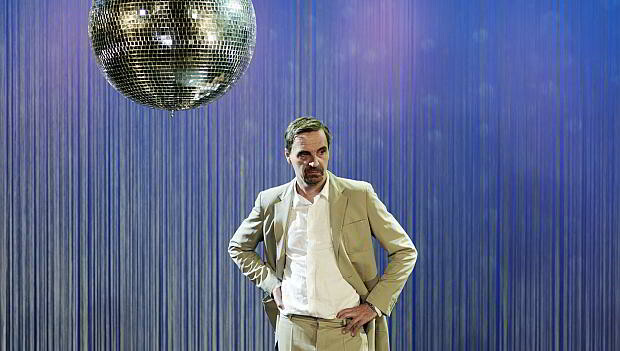 KLAUS WALDECK released his new record “Atlantic Ballroom” (Dope Noir) in October. For the tenth anniversary of his successful international album “Ballroom Stories” WALDECK proves that it is possible to combine swing, electronic, and Latin American sounds, encourage dancing and create really strong atmospheres all at the same time.

When Waldeck published “Ballroom Stories” ten years ago, the term or genre “electro swing” was barely established. So this album can easily be counted among the pioneers of a quite young genre merging swing and electronic music. Despite, or because, of the hype around this style, Klaus Waldeck decided back in 2016 against a “new edition” of his successful work, consciously moved away from the style on “Ballroom Stories” and immersed himself in the world of Italy and spaghetti westerns with “Gran Paradiso”.

On the longplayer “Atlantic Ballroom” there are now the more “transatlantic” sounds of Jazz, Blues, Latin and some James Bond feeling. As always, Waldeck places great importance to neither copying himself nor other artists, thereby creating his own powerful sound.

Waldeck draws his inspiration for the creative universe created on “Atlantic Ballroom” from the era of the early 60s, when many American jazz musicians were hanging around in Paris. Henry Mancini, Wes Montgomery and Dave Brubeck are some of the names Klaus Waldeck calls “concrete” musical influences, but he is not just imitating them. Through the subtle use of “modern” beats and effects a driving pulse is repeatedly created, which – combined with the sounds of the past – evokes a very unique and convincing atmosphere.

Conclusion: Twelve impressive and surprisingly organic pieces carry us off into a world that wonderfully combines smoky jazz, Latin grooves and a pinch of Viennese electronics.