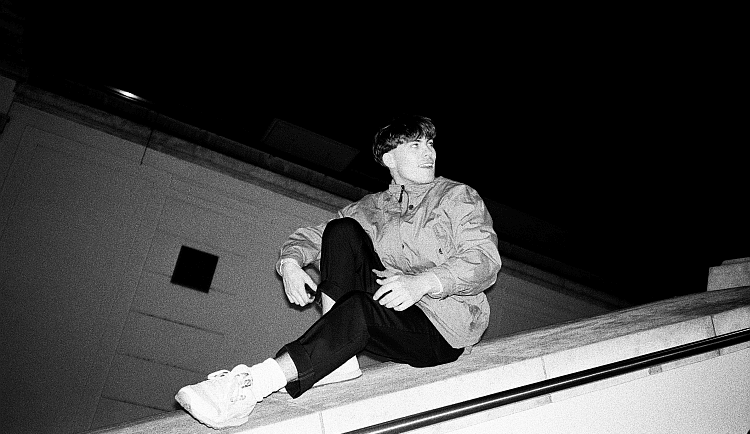 The wait is over. It is finally here. On the second of June, WANDL finally released his debut album “It’s All Good Tho” via Affine Records. And, as we all hoped, it is an exceptionally fine piece of music.

Anyone who knows or has anything to do with Wandl knows he is someone who won’t be satisfied with anything half-baked. The Sankt Pölten based producer is a self-critical soul, a sound tinkerer who has set his own expectations very high and follows his own musical vision. So it’s not really surprising that the 22 year old took his time on his debut work. It had to be something special after all. And it had to meet his own expectations. After listening to “It’s All Good Tho”, it’s easy to say it is indeed, all good.

TRACKS THAT JUST LET YOU FLOAT AWAY

“It’s All Good Tho” opens up a fascinating door to another dimension. Every tone, every fragment of a melody, every sample, loop, effect, beat and bass-line: It’s all beautiful and comes together in a very cool way. Refined by the calm but still emotional voice, tracks develop their own inner life. You can hear and feel how much passion was invested in every track, how intensively and meticulously Wandl approached the production of his music.

The very layered, sometimes delicate and refreshingly unpolished mix of electronic, soul, hip hop and R’n’B takes you gently by the hand. It has a soul and let’s you gently float away on its sound. But it can also jar you, especially in those moments when it gets a little more experimental.

A DEEP LOOK INTO HIS SOUL

Wandl has revealed a very personal side with his debut album. He sings about disappointments, the past, his doubts and about his anger. His lyrics expose his innermost self and give the listener a view into his thoughts and soul. This type of openness gives the whole thing an extra character, a deeper meaning that is becoming increasingly rare in contemporary pop. “It’s All Good Tho” is an album that should make waves. His numbers have that certain something that is attractive and arresting. They grab you. Really, really, hard.