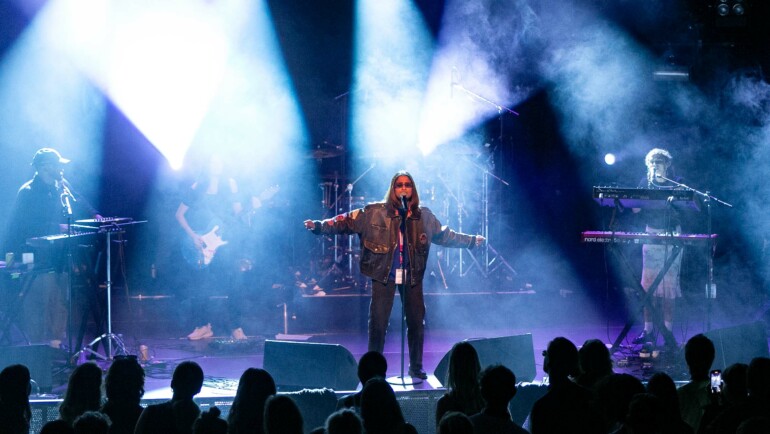 The annual WAVES VIENNA FESTIVAL AND CONFERENCE is a staple of the international and domestic popular music scene, filling the city with music and discourse in the heart of Vienna every September. So, how did the festival play out this year, and what awaits us for the next one? How can you already snag your 2023 Super Early Bird Tickets for the best deal in town? All you need to do is just a scroll away…

Waves 2022 marked the first edition in which the festival could come back in its fullest and most uninhibited form, since 2020. And it did so – with quite the bang.

From September 8-10, 2022, numerous international artists from the contemporary musical genres of indie, alternative, electronic, hip-hop, singer/songwriter and club music presented themselves around the festival headquarters in WUK, as well as the partner clubs and venues sprinkled throughout the Gürtel. Musicians from Austria, as well as artists from Eastern Europe and all over the world, were essential parts of the programme. A total of 98 artists from 24 countries performed in 10 venues, of which over 50 percent were FLINTAs.

This year featured the “Guest of Honor”: Canada – with its incredibly diverse and world-renowned music scene. Canada was represented with X acts, as well as a focal point in the Conference.

The winner of the coveted “XA-Music Export Award” – an initiative of Austrian Music Export, SKE Fonds, Radio FM4 and Waves Vienna and a springboard for emerging artists and bands – was presented for the 5th time at Waves. The winner receives 3,500 Euros, as well as the promise of support from Austrian Music Export, FM4 and Waves for the following year, including integration at partner-festivals and showcases. In addition, the act gets a travel cost funding of 5,000 Euros from the Ministry of Culture and Austria Music Export. This year’s winner was the widely-appreciated, powerhouse musician, FARCE.

The Waves Conference 2022, organized by mica – music austria and Austrian Music Export, together with Waves, took on the topic of “Micro Activism” as part of the general focus on diversity. The conference featured 3 days filled with 40+ program points, including panels, presentations, networking events, listening and chill-out sessions, and, for the first time, workshops and masterclasses.

To find out more about a selection of some of the most riveting Conference events, see our Panel Recaps:

Waves Festival 2023 will be moving from WUK to the Gürtel Area, including venues such as Metropol in 17th district, The Loft, B72, Fania Live and many more.

Ticket sales start on the 23rd of November at 11:00 am. Super Early Bird Festival Passes (valid for the entire festival) cost €20 and are limited to 111 pieces. The Early Bird passes for €29 are limited to 400 pieces.

Save the dates, and grab your early bird tickets, and get ready for another slamming edition of Waves in 2023!