For the first time, there will be two guest countries at Waves Vienna; one from Western Europe, one from Eastern Europe – corresponding to the festival motto “East Meets West”. The two guest countries of the festival also constitute key subjects of the conference programme. Apart from information about the French and Polish music markets and the music scenes of the two nations, participants will discuss and provide information about the access to these music markets and their particularities. 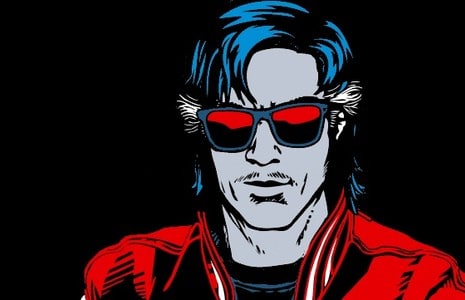 Francophone Music
In 2003, 53% of the longplay charts came from the francophone repertoire, singles resulted in 51.7% from national production. However, since 2001 the total number of released francophone singles are in sharp decline.

Hope in the Digital Market
2010 (IFPI figures) divided the total music market in France as follows: 74% were physical recording media, 17% digital downloads and 9% royalties. In 2011 the share of digital revenues amounted to 19.2%, more than in Germany (15.3%) but significantly less than in the U.S. (50.6%) or the Scandinavian countries of Sweden and Norway (both around 44%) .

In the current year the digital music sales have increased, while the physical market continues to shrink. Overall, the French music market generated 121.8 million EUR in the first quarter of this year. That is five percent less than in the same quarter last year. While physical sales have decreased by 9.3% to 95.5 million EUR, the digital market has increased by 13.2% to 26.3 million EUR. Downloads on the Internet gained 7.8% and generated 13.5 million EUR; the revenues from streaming services grew by 23.1% to 3.1 million EUR. Subscription fees have generated 5.9 million EUR, which is 56.9% more than in the same quarter of the previous year.

The Funding System
The subsidy practice in France is very much centralized. One percent of the national budget is invested in culture, whereas 40 percent of the budget is allocated centrally by the Ministry of Culture, the remaining 60 percent by its regional offices. 25 percent of the blank media levies have to be spent on support programs that again reinvest in artists, production and live promotion, and since 1993 in promotional exchange with foreign countries via the export office. The total volume of blank media levies amounted to 156 million EUR in 2006.

Venues and festivals are supported indirectly from the cities. The condition for the support is to include young local bands next to reknowned artists in their schedules.

Music labels in business for more than three years receive a 20 percent tax abatement if they invest in offspring. There is also social security for artists in non working hours: If a certain commission amount is too low, artists receive a discount in social security and get a cancellation fee.

For several years now, the Federation of French Independent Labels have also been demanding the introduction of a culture tax.

The Music Quota
One of the general funding opportunities in France is the radio quota. This is not a nationality quota, but a language quota and was introduced in 1994. Thus, radio stations are obligated to fill at least 60% of the broadcasting time with productions of European artists as well as 40% with productions of French artists. Half of these 40% has to consist of novelties that are defined as musicians by law and have not yet twice sold 100,000 CDs at a time. An exception to this rule is the period between 22.30 PM and 6.30 AM. In this period the stations can play what they want. Exceptions to this rule are only a few minority channels for the people of Maghreb and Latin America, and of course the traditional channels. The French television program is also subject to this quota system. The range of penalties for breaches of this law is huge: fines, forced transmission breaks or the withdrawal of the broadcasting license may be the result.

The intention of the music quota proposed by the French government is, among other things, to strengthen the local music industry. A higher demand for French-language productions and novelties from the radio operators should be a promotional factor for the francophone music. In fact, the number of albums and singles of French artists increased significantly since the introduction of the quota between 1994 to 2001. The discrimination of other speaking languages, especially those of various minorities is, of course, another matter.

Export Office
The Bureauexport was established in 1993 for the export promotion. It is organized as a public-private partnership and employs 22 people in eight countries. Due to its many years of existence, the office has several distinct networks to foreign export markets. The work is divided in interministrial activities based on cultural-political educational and economical promotional objectives, as well as the promotion of interests of the French music industry abroad. 50% of the annual budget of 2.5 million EUR is financed by the state. The other half is borne by the music industry, for example the collecting society SACEM and producer associations. Since 2005, classical music is also included in the export promotion. 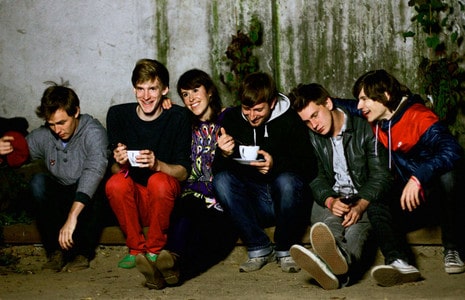 Record Sales
Concerning sales of recorded sound carriers, Poland was ranked 24th in the global ranking of the International Federation of the Phonographic Industry (IFPI) in 2008.  As for digital sales, Poland only managed to rank 36.

Economic Upheaval
Due to the opening of markets, the nineties resulted in a complete reorientation of the economic foundations of musical events. With the help of private sponsors, many new small event organizers entered the market, which resulted in a paradoxical situation: Less available money correlated with an increasing number of concerts and festivals.

Abundant Festival Scene
The abundance of different events that are offered throughout the year in Poland is nearly endless: from children’s dance to the usual mainstream events, contemporary music (eg, Musica Polonica Nova) and jazz as well as military music – virtually every possible niche is covered. This range of events constitutes the Polish market of today, from which Austrian musicians benefit – not least due to numerous exchange programs, in part initiated by the Polish Cultural Institute in Vienna. In this respect, an example of this was and is the event series “Polish Jazz at Porgy & Bess” in Vienna’s jazz club Porgy & Bess.

Promising Market
Similar to the development of the world market, the Polish music market has also declined since 2000. After a decline in sales of 44.5% in 2002, record sales in 2003 were 12.3% less than in the previous year.

Dominance of the Majors
The Polish market is dominated by the four major labels, which together control 75% of the market. The competition consists of several hundred local record labels with limited budgets and small catalogs.

Development of the Online Market
In recent years, the online marketplace has become increasingly important.

However, compared to Western European markets, the growth in legal download business is not that high. Reasons for this may lie in the strong fragmentation of the market, the comparatively low broadband supply and the high proportion of piracy.

Black Market
According to estimates by the Polish Music Association, more than 40% of the overall market is accounted for the black market in 2002 and 2003. In addition to piracy, many original CDs were sold from abroad to avoid the luxury tax of 22 percent. However, the figures are in decline.

The Radio Quota
The music quota for radio was introduced several years ago. Ever since, the music quota pertains 33 percent of music in Polish language. This rate also applies to music TV channels. In practice, the quota amounts to 30%. Unlike France, in Poland there is no rule that would specify how this quota is to be met. Therefore music in Polish – especially on commercial channels – is mostly played at night. According to experts, the quota so far has had little to no impact on the Polish music market. Polish Music therefore still only amounts to about 30 percent to 40 percent of the charts and annual financial turnover on the Polish music market. In Poland, as in other European countries, the share of music in so-called music channels has decreased.

Music Promotion
There is currently no professional state cultural funding for the Polish entertainment music. The annual means for the promotion of national culture of about 20 million euros is primarily used for philharmonic orchestras and choirs. However, in Poland there are a variety of pop and mainstream festivals, which almost exclusively focus on Polish groups such as the Festival of Polish Song in Opole. In the event of various festivals, radio stations also take on an important role. The first program of the Polish Radio AG even organized a concert tour of Polish musicians.

Music Fairs
Since 2010 there is the Warsaw Music Week; in 2011 the Co jest Grane – Europejskie Targi Muzyczne was held in Warsaw for the first time. This event serves as a platform for communication and collaboration and tries to meet the growing international interest in the abundance and vast music scene.